Baseball is Being Ruined by Anal-ytics 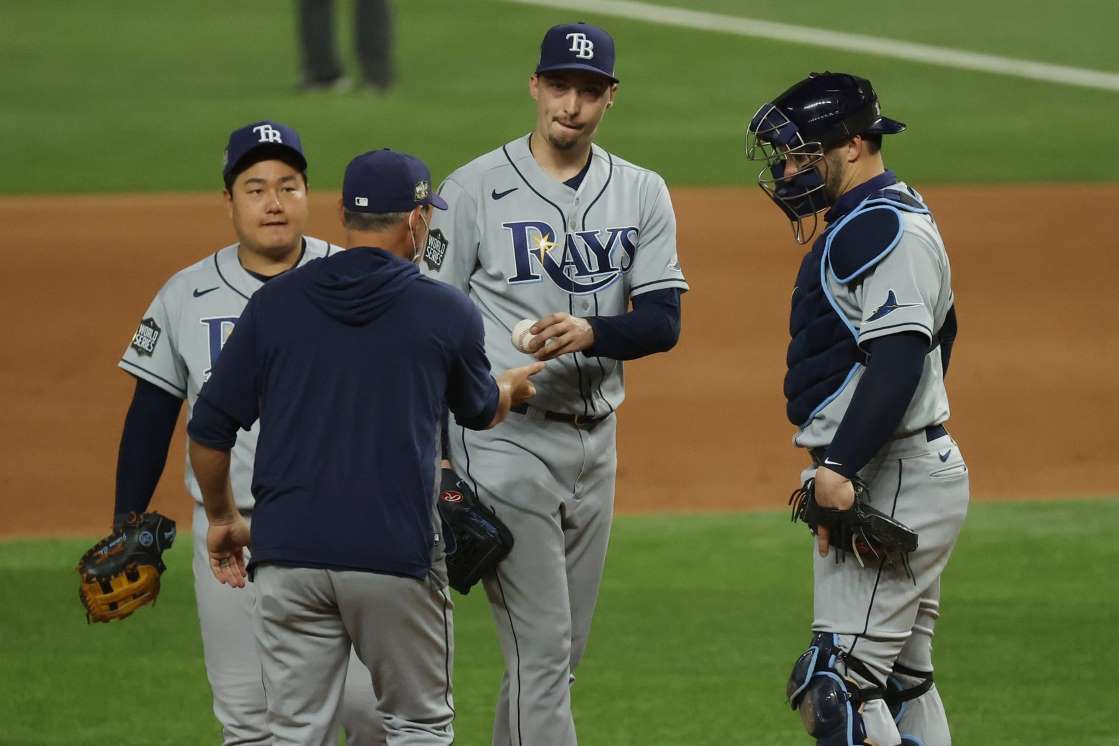 It’s been five days, so I think I’ve calmed down enough to comment on the sad end to the World Series and the bizarre pandemic-shortened 2020 baseball season. First begrudgingly, since I’ve despised them for over 60 years, congratulations to the Dodgers on their 7th World Series championship. I must point out, with a smirk, that two of those championships have come in shortened seasons, strike-shortened 1981 and this year.

Since my first major league game at Seals Stadium in 1958 at the age of five I have loved baseball passionately. I’ve played, umpired and lived and died with baseball, over those 62 years! Excuse the following all caps … ANALYTICS IS RUINING BASEBALL FOR ME AFTER ALL THOSE YEARS! Let me give you my reasons this recent emphasis on obscure statistics is ruining the game I’ve loved so long.

Tampa Bay manager Kevin Cash made the most horrendous managing blunder I’ve witnessed, post season or not! By removing Blake Snell, his ace pitcher and recent Cy Young winner, after giving up a softly hit single and only throwing 73 pitches, Cash denied us loyal baseball lovers the chance to see what we love most about sports, the real-life drama to see great athletes achieve immortality with a great performance when it’s all on the line!

My wife, Lizzy, and I were watching the game on TV. When I saw Cash pop out of the dugout after Austin Barnes hit a soft single to centerfield and immediately signal for the bullpen I lost it. I let out a howl complete with profanities that startled Lizzy. Before the TV cut to commercial I told Lizzy in my slow ALS affected speech, “The Rays manager just handed the World Series to the f-ing Dodgers!”

Here’s what the grateful Dodgers manager thought about Cash’s boner.  “I was pretty happy, because he was dominating us and we just weren’t seeing him.”, Dave Roberts said of Snell. “Once Austin got the hit, Mookie looked at me with a little smile. He was excited Snell was out of the game.”

Cash insisted there was no set plan to switch pitchers as soon as Betts came up a third time, no script he was told to follow. But every manager says that. The Rays believe strongly that the advantage shifts to the hitter after he has seen a pitcher twice in a game. Cash pulled Charlie Morton for Anderson in nearly the same spot in Game 7 of the American League Championship Series, and it worked. This time, it backfired.

Snell was clearly upset over the quick hook, dropping an f-bomb as he walked off the mound. “I am definitely disappointed and upset,” Snell said. “I just want the ball. I felt good. I did everything I could to prove my case to stay out there, and then for us to lose, it sucks. I want to win, and I want to win the World Series, and for us to lose, it just sucks.”

“I don’t really care what the numbers say,” Rays centerfielder Kevin Kiermaier said, “third time through the order or whatever, there weren’t many guys making contact in general, and no hard contact whatsoever. We all wanted to see him stay in there.”

Because of Cash’s idiotic analytics-driven decision to pull his ace, we baseball fans will never know if Snell could have completed a 1-0 shutout to force a 7th game of a World Series, the pinnacle of baseball drama. We’ll never know if he could have had his Jack Morris moment. Morris, on short rest, at age 36, fired 126 pitches for a ten inning shutout to win the 7th game of the 1991 World Series 1-0 for the Minnesota Twins. Morris outdueled Atlanta Braves pitcher John Smoltz. Both Morris and Smoltz were inducted into the Hall of Fame after their playing careers.

Smoltz was the Fox TV color commentator when Cash made his regrettable decision Tuesday night.  He must’ve flashed back to that World Series game 7 in 1991 when Snell was yanked.  He said, “You had a rhythm pitcher in rhythm in Snell and there was nothing to change that unless you take him out and bring in another pitcher that has the same rhythm and obviously this was not the case with Anderson.”  Here’s what Jack Morris had to say, “Blake Snell was throwing better tonight than anyone I’ve ever seen in the World Series. These analytics guys we have now think numbers are more important than having an ace at his best on the hill.”

The day after the game I heard the biggest champion of this analytics lunacy, MLB Network’s Brian Kenny, try to have it both ways by claiming Cash didn’t use the proper analytics when he pulled Snell! Bullshit! Every baseball fan, even casual fans, wanted to see if Snell could complete the game of his life when his team needed him in an elimination game. Fans didn’t need more asinine numbers to know Snell should’ve kept pitching his masterpiece.  Yet, I watched as Kenny tried to justify with even more inane numbers why Cash should NOT have pulled Snell. Kenny has done more to promote this numbers-driven idiocy than anybody and it sickens me.

Most sports fans watch sports to see players do great deeds, not to see some young analytics crazed manager with a clipboard yank his ace because the numbers indicate it’s the right move. The numbers don’t account for a player’s emotions, determination and courage, regardless of whether they win more games in the long run. People watch sports to see extraordinary feats by their heroes in the clutch, not to see scripted outcomes because of the numbers! Players are NOT robots!

We’ll never see Sandy Koufax of the Dodgers pitch a shutout on two days’ rest to win the 7th game of the 1965 World Series. We’ll never see the late great Bob Gibson shutout the Detroit Tigers with 17 strikeouts to win game one of the 1968 World Series to cap off arguably the greatest pitching season of all-time. Can you imagine Cardinals manager Red Schoendienst going to the mound to yank Bob Gibson because it was the third time through the Detroit Tigers lineup, he would have lost a few teeth and maybe his life??

If anal-ytic baseball does not fade into the sunset we certainly will never see how Madison Bumgarner nearly single-handedly carried the Giants to the World Series championship in 2014, a mere six years ago. Those heroic pitching performances are an important reason we fans watch baseball.  Great pitching performances will go the way of the Dodo bird if these crazy analytics are not curtailed!

Reasonable analytics have always been an important part of baseball strategy, the key word there is reasonable. The best example of reasonable analytics is the intentional walk when a dangerous hitter is at the plate.  Platooning has been used for decades to take advantage of pitcher vs batter splits. Shifts have been used since they were used to try to contain Ted Williams and Willie McCovey, though shifts don’t help when those Hall of Famers hit the ball over the fence!

Those were reasonable analytics based on players’ danger and tendencies. But, the emphasis on pitch counts and not letting a dominant pitcher face the lineup a third time takes away more than half of baseball … great pitching performances! Pitching is 70 to 80 percent of baseball, in my opinion, and great pitching performances should be preserved! 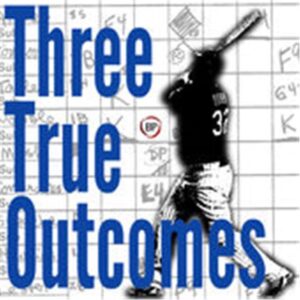 Another thing that analytics have wrought is the ridiculous high number of strikeouts, walks and home runs we see today. Analytics geeks worship these three true outcomes as if they were a religion. Thus we see batters waiting for a pitch in their zone even with two strikes. In analytics baseball there’s no room for expanding the strike zone and taking swing out to protect the plate with two strikes. No, today we see batters swing from the heels with two strikes and a half open infield inviting an opposite field swing even with runners in scoring position. This three true outcomes baseball produces three and a half hour games with numerous pitching changes, walks to boost OBP and little action. Bunting, stealing bags and the hit-and-run are rare in analytics baseball. True baseball fans mourn these changes in our national pastime.

Maybe Cash’s crime against baseball will wake up front offices to cut down the emphasis on analytics, but I doubt it.  “At a macro level, these front offices are really ruining our game,” Alex Rodriguez said on the Fox postgame show. “The Ivy Leaguers keep getting an ‘F’ in this class called playoff baseball.”  There’s more to being in love with baseball than seeing your team win. True baseball fans appreciate the perfect beauty of the game and seeing players accomplish amazing feats when the chips are down. Analytic baseball is killing those elements of our perfect game. This old seamhead mourns this tragic wide-spread craziness that’s infecting the game I love so passionately!

16 thoughts on “Baseball is Being Ruined by Anal-ytics”