55 years ago today Willie Mays, my idol, belted his 500th home run at Houston’s new Astrodome! Mays became the 5th player in history to reach the 500 club and only the second to do it in the National League. The four players ahead of Mays were; Mel Ott 511, Ted Williams 521, Jimmy Foxx 534 and Babe Ruth 714.

Mays’ smash was estimated at 440 feet to dead center. Houston Astros starter Don Nottebart was the victim. “It was a fast ball,” the San Francisco Giants super star said, “and I thought I hit it good.”

A 44 year-old lefty sitting in the Giants dugout knew how Nottebart felt. Warren Spahn, who had given up Willie’s first home run 14 years before, was now Mays’ teammate. The veteran left hander with over 360 wins had been signed by the Giants after being released by the New York Mets earlier that season.

When Mays returned to the dugout amid a standing ovation by the 19,827 fans, Spahn met him at the top of the dugout steps. “I saw the first one, Willie, and now I’ve seen the 500th. You are a wonder!”, he told Mays. Spahn recalled giving up Mays’ maiden home run, “Sure, I remember the homer.”, Spahn said, “I threw him a curve, a good pitch, over the outside part of the plate, and he hit it over the roof at the Polo Grounds. They said he couldn’t hit curves.” Mays had this to say about Spahn, “There I was, a rookie up from Minneapolis,” he said.”And here that guy’s still pitching.”

Astro officials tried to get Mays’ home run ball for Wilie, but the woman who wound up with it wouldn’t give it up.  Willie was anxious that no pressure be brought on Mrs. Sallie B. Norman of Houston, who retrieved the 500th home run ball. “Don’t make her look bad.” he said. “Don’t make her do nothing. It’s hers and she can do what she wants. She can keep it.” , Willie laughed, “I’m just happy to hit it. I hope I can hit her another one tomorrow.” 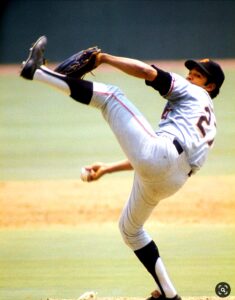 The Say Hey Kid’s milestone home run and Juan Marichal’s 22nd win helped the Giants to their 11th straight victory. “I can remember us winning eight or nine or ten in a row.” said Mays,”but I can’t remember us winning more than ten straight unless I go all the way back to 1951 in New York.”

Mays preferred to talk about the team instead of his homer,  “(Jim Ray) Hart, (Willie) McCovey,  Gabe (Len Gabrielson), (Hal) Lanier, everybody, we’ve all been getting big hits.”, said the captain, “It’s teamwork. Everybody has been great. Pick a guy and he’s done something. This is the best ball the team has played since we’ve been in San Francisco. The most important thing to me right now, is winning the ballgame. Home run number 500 might mean more to me when I’m through, but I’m not through yet.”

I cannot recount my idol’s 500 home run without also recounting his 501st. I skipped keeping score for bowlers at Cloverleaf Bowl to listen to Russ Hodges and Lon Simmons on KSFO describe the Giants attempt to win their 12th straight. 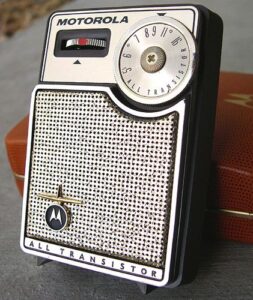 My trusty Motorola transistor radio had already informed me that the Dodgers, and Sandy Koufax, had been beaten in Chicago earlier in the day. My transistor radio was always in my locker at school during baseball season. Between classes at Horner Junior High, my new school for 7th grade, I got the great news that the great Koufax had been defeated.

It was the Chicago rematch of the near double no-hitter of the previous Thursday. In that game Koufax had pitched a perfect game and beaten Bob Hendley 1-0. Hendley only gave up a bloop double and still lost. (See my remembrance of that game on this blog.)  In the rematch, Cubs Hall of Famer Billy Williams hit a 2-run homer to best Koufax and the Dodgers 2-1. That meant if my Giants could win their 12th straight tonight in the Astrodome they would stretch their lead to 3 ½ games over the Dodgers with only 18 games left!

Going to the top of the ninth my Giants were trailing 5-2. It looked like their winning streak would be broken at 11. Orlando Cepeda, who had spent the majority of the season nursing an injured knee, pinch hit for Hal Lanier. ‘The Baby Bull’ went down swinging. 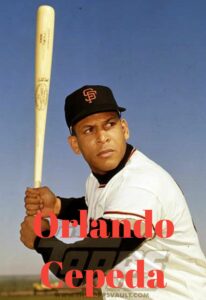 Giants manager Herman Franks sent up left-handed pinch hitter Bob Burda to pinch hit for Warren Spahn. I questioned this decision as Warren Spahn had a higher batting average and on base percentage than Burda even at age 44. Surprisingly, Burda drew a walk.

Rookie Tito Fuentes pinch ran for Burda. Astros manager Luman Harris called in his relief ace, what would be called a closer today, Claude Raymond.  Raymond was a hard throwing right hander from Quebec, Canada. Light-hitting shortstop grounded out to first base unassisted with Fuentes taking second. It looked like the winning streak was over!

However, I didn’t give up. The youngest Alou brother, Jesus, was up with his .300 plus batting average and Mays was lurking menacingly on deck. Jesus lined a single to center field and Fuentes raced home. It was 5-3 now and the major league’s home run leader was digging in at the plate representing the tying run.

The essence of baseball was about to unfold. It would be described beautifully by Hall of Fame broadcaster Russ Hodges.  The essence of baseball is the battle of a hard-throwing pitcher on the mound with a rock  against a slugger with a stick with the game in the balance. No other sport invented by man has this intense mano a mano contest quite like baseball!

The first two pitches were low and away with Willie swinging savagely at both and missing. The next four offerings by Raymond were fouled off by Willie. The seventh pitch from Raymond didn’t come to rest until it rattled around in the Astrodome’s left field upper deck 450 feet from home plate — game tied — winning streak alive! My ear-splitting shrieks of joy woke up my baby brother getting my mom seriously pissed! If there’s one recording of a home run call of Hodges’ signature ‘You can tell it bye bye baby!’ that I wish KSFO had preserved, let it be this one! 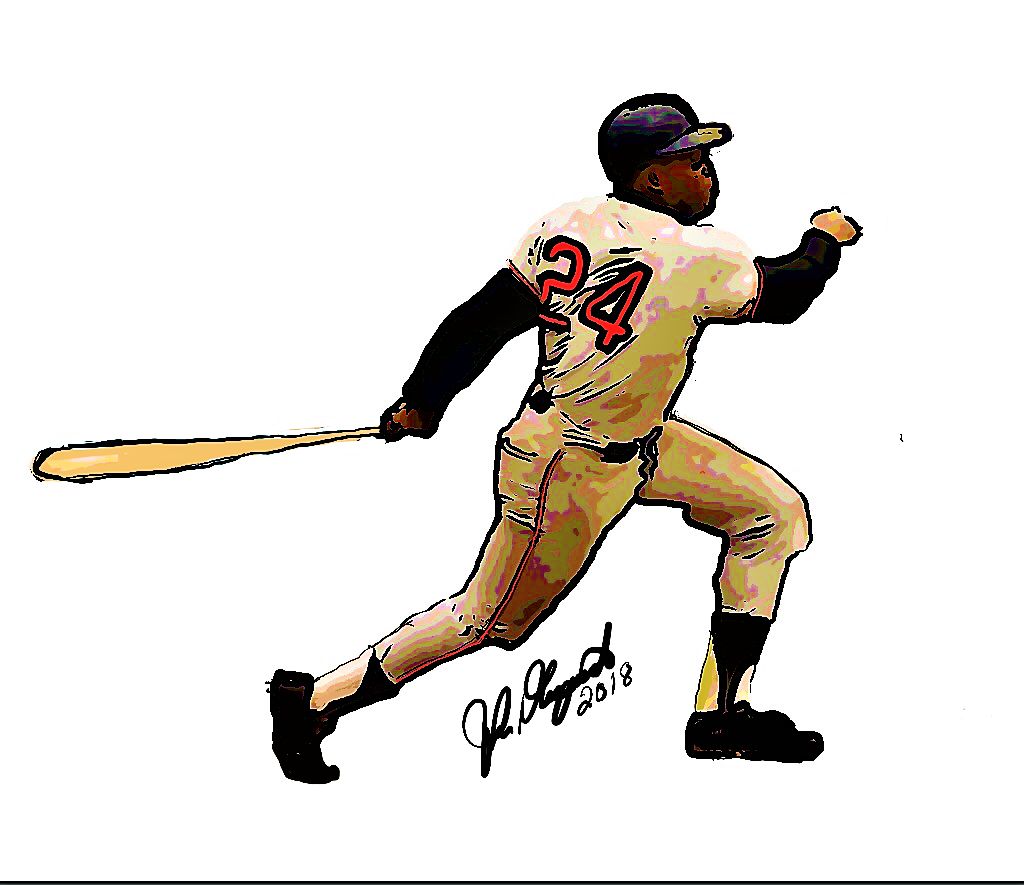 The Giants won it when Jimmy Davenport, one of my all-time favorite Giants, drilled a two-run single in the tenth inning. In the bottom of the tenth there was more drama. With two on and one out, Bobby Bolin relieved Masanori Murakami, or ‘Mashi’ the first MLB player from Japan. Bolin got Jimmy Wynn, the ‘Toy Cannon’, on a fly ball to left. Astros third baseman Bob Aspromonte then hit a sinking line drive into the gap between left and center. Willie couldn’t reach it and it looked like a game tying double or triple. Giants left fielder Len Gabrielson, an Oakland native, streaked over to his left and snagged the liner with a desperate lunge just as it was going to hit the green painted dead grass, this was before astroturf! Sensational! The Giants were up three and a half with 18 to play.

The next day Mays was interviewed in his hotel room by Oakland Tribune sports editor George Ross. Here’s some of Willie’s comments.

Mays: “I’m not going to try to find out why the ball is going out of the park. I’m just going back tonight and keep swinging.  I’m not going to start thinking about it.”

Mays: “We got real good guys on the club,” he said. “Everybody is contributing so much it just isn’t good to point out who does things.” Even Willie’s homer barrage isn’t a solo effort, he points out. “It helps to have Willie McCovey hitting so well — and Hart and Gabrielson and a lot of guys.  Who are they going to pitch to and who are they going to put on base?  When McCovey follows me, and he’s hitting real good, they got problems. Could I lead the league in walks with McCovey batting next — there’s no way. He hit 44 two years ago and he’s already 35 this year. They can’t relax. What’s Hart got? 21 homers? But all the guys are going good, Gabrielson’s hitting .320 since we got him.”

Mays: “The story is the team,” he said. “We’re just playing together. Everybody is doing a good job. “I’m interested in finishing up in the stats showing hits, runs scored, runs batted in — the whole thing. If I’m up there with 100 or more runs, 100 or more runs batted in, then I know I’m helping the club The homers, if they win ball games, are just part of it.”

“It’s a happy feeling to be in first place, but we still got about 18 more to go.” he pointed out “We don’t even talk about the pennant race among ourselves. “There isn’t anybody who doesn’t know what the standings are, though.”

The Giants would stretch their winning streak to 14, a San Francisco record to this day. The streak would increase their lead to four and a half over the Dodgers the next day. It looked like a lock that the Giants would have their second World Series in San Francisco. I even got my dad and grandfathers to promise to take me to my first World Series game by skipping school one day. It wasn’t to be!

The damned Dodgers began a 13 game winning streak of their own with some phenomenal pitching. They won 15 out of their last 16 games to finish two games in front of my Giants.  It crushed me! Then as if to rub salt in my 12 year-old wounded psyche, the Dodgers beat the Minnesota Twins in the World Series in seven games. Koufax, who else, won the seventh game with a 3-hit shutout with two days’ rest! It took me many years and much maturation before I came to appreciate what Sandy Koufax did in 1962 to 1966!