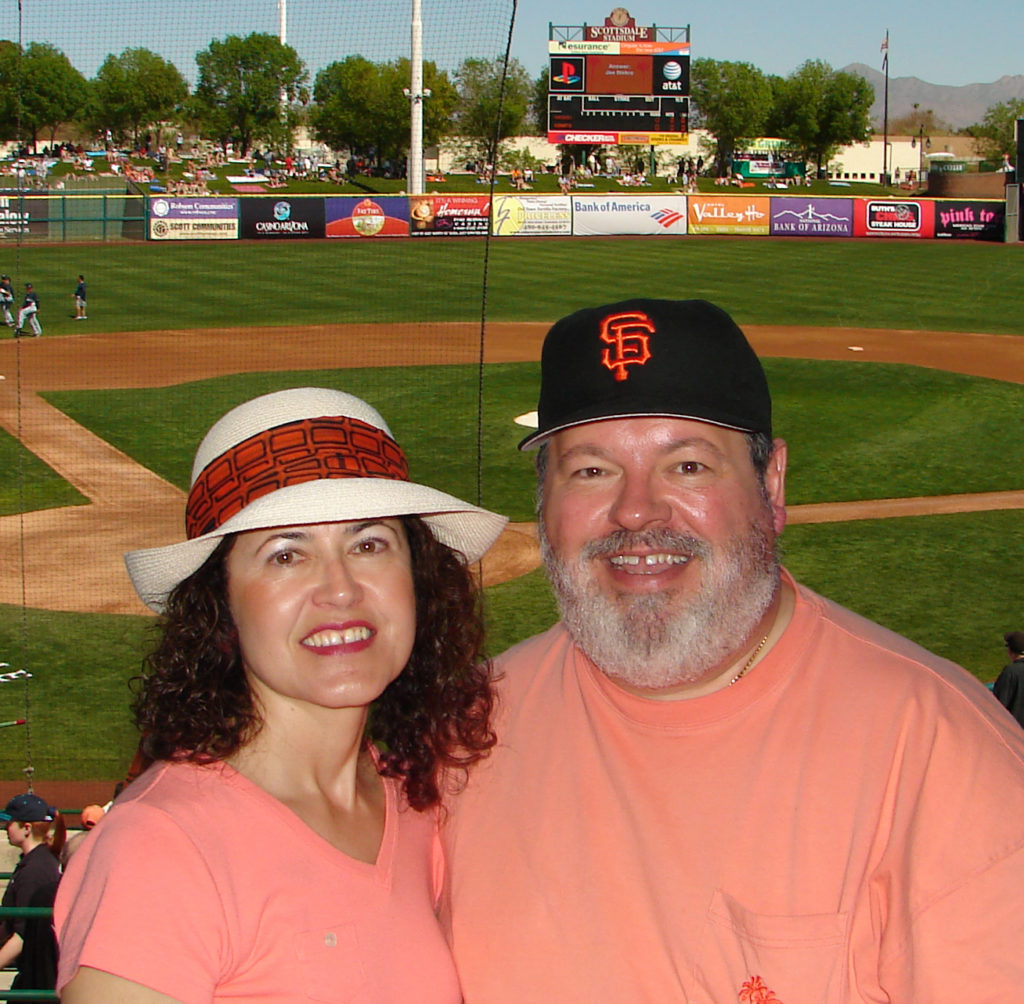 MavoBooks came about due to the publishing of Falling in Love With Baseball. This website will be primarily a baseball blog in the future and as such could easily be fallinginlovewithbaseball.com.  Now, however, it also is promoting the book. Here’s a little about who we are.

Fittingly, our author Chris was born in San Francisco in 1952 directly across from the former ballpark of the San Francisco Seals. Maybe the love of baseball permeated the new baby boy from the old Recreation Park right across the street. The Seals called Rec Park in the Mission District home for 23 years from 1907 thru 1930.

At the tender age of six his father and grandfather took him to his first MLB game was at Seals Stadium in April 1958 shortly after the Giants migrated west from New York. Seals Stadium was a mere mile from old Rec Park. Baseball, especially San Francisco baseball, was definitely in this tyke’s blood from that day until today.

Growing up in Sunnyvale and Fremont Chris lived and breathed baseball. Between playing every minute available, collecting baseball cards, spending hours on Strat-O-Matic baseball and devouring,each week’s baseball bible, The Sporting News, it’s amazing the kid got through school!

After a brief stint of playing semi-pro baseball Chris decided to give up his dream of professional baseball to support his young family by going back to school. He had a successful career in computer tech culminating in owning a tech software consulting company.

In 1986 the best thing of his life came into the picture … Elizabeth! They were married in 1988 and had over 20 years of great times. Chris transferred his deep love of baseball to Liz by osmosis. When the Giants built beautiful Pac Bell Park by the Bay they met many loyal fellow baseball fans from their season tickets behind the Giants dugout and their love of baseball intensified.

Chris and Liz met and became good friends with partial Giants owners, Bob Sockolov and his lovely wife Audrey, at Pac Bell Park. This friendship flourished when Chris and Liz moved to San Francisco in 2003. It was a five minute walk from their condo across the street from the ballpark to their seats!

After 23 joyful, productive years together, July of 2009 brought the devastating event of Chris’s ALS diagnosis! He has been courageously fighting this horrendous family changing disease now for eight years, in large part, due to the loving care and sacrifices of Liz.

As he gradually lost his ability to talk Chris turned to writing to tell his baseball stories and opinions. He began posting on baseball blogs and sending emails to baseball friends.  The positive reaction to his postings on baseball blogs surprised him! He never considered himself a particularly talented writer.

Marty Lurie, the superlative KNBR pre-game and post-game Giants host, read some of Chris’s writing on air. In 2013 Chris wrote a lengthy email of his memory of  the 50th anniversary of the classic historic 16 inning pitching duel between Hall of Fame pitchers Juan Marichal and Warren Spahn at Candlestick Park in 1963. He was taken aback by talented CSNBA writer Andrew Baggarly request to publish the story of his memory on CSNBA’s website! You can read an improved expanded version of this memory in Falling in Love With Baseball.

For a few years Bob Sockolov had been asking Chris to get together his writings for possible publication. Thinking Bob was merely being nice Chris dragging his feet about getting his writings together. Finally, last year, 2016, Liz and Chris saw Bob and his wife Audrey at a Giants game. Bob immediately asked Chris to get those writings to him. Chris got his writing together and sent it to Bob.

Within weeks Bob, Audrey and their granddaughter Jill, who is a graphic designer, had a layout for the book! Nobody would know given the speed with which they got this done that both Bob and Audrey are octogenarians! Chris and Liz loved the design Jill had put together for the proposed book!

A year later, after much hard work by all involved, Falling in Love Baseball is now a reality.  It was published on May 19th 2017 by Chronicle Books of San Francisco.  You can buy a copy here on this website by clicking Shop above. If you buy it here we will ship it to you free. It is also available at the Giants Dugout stores and soon on Amazon.

We hope you enjoy reading Falling in Love With Baseball as much as all of us did producing it!