When I was 10 years old my parents moved our family from Sunnyvale to Fremont on Valentine’s Day 1963, 59 years before last Monday’s memorial service for Coach Madden. At that time my favorite pro football team was the San Francisco 49ers. But, over the next 20 plus years of living in Fremont the Oakland Raiders became my second favorite pro football team. That was not a problem until the Niners played the Raiders, when I rooted like hell for my Niners.

In 1973 my wife, my one year-old daughter and I moved into our second apartment. The manager of our new apartment complex were the parents of the Raiders center, future Hall of Famer and NFL top 100 player, Jim Otto, who was also part owner of the complex. After I helped Otto’s father out of a dangerous situation with vandals one night, Otto surprised me by coming to my door to give me two free tickets to a Raiders game as a thank you for helping his father.

In July 1980 Jim Otto was inducted into the Pro Football Hall of Fame in Canton, Ohio. On that weekend I was on the other side of Ohio in Cincinnati managing an IT project for Levi’s. Since I couldn’t go to Canton for the enshrinement ceremony, I sent my hearty congratulations to Jim in a telegram (Yes, kids there were telegrams long before mobile phones!). 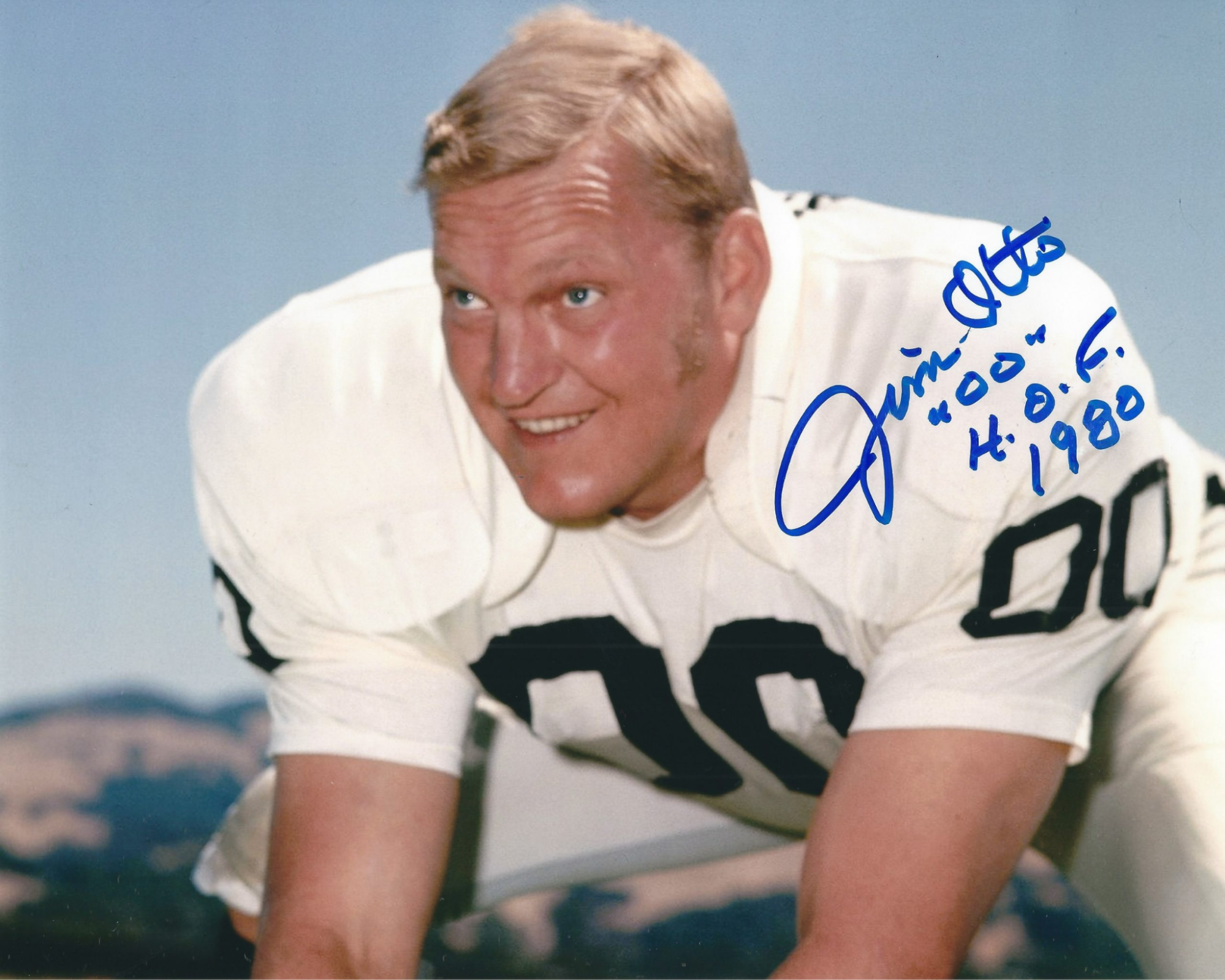 Later that summer in Lake Tahoe, I made a $25 bet at 20 for 1 on the Raiders to win the AFC Championship. The Raiders had traded their quarterback Kenny Stabler to the Houston Oilers for strong-armed quarterback, and Bay Area native, Dan Pastorini. I liked the Raiders chances of winning with Al Davis’ preferred long passing game combination of Pastorini to Cliff Branch, who this year is finally going into the Hall of Fame. To everyone’s surprise Pastorini got hurt early in the season and it was 49ers’ castoff, and also Bay Area native, Jim Plunkett that led the Raiders into the Super Bowl. In another surprising coincidence, Plunkett was selected number one overall in the 1971 NFL Draft followed by Pastorini two picks later! People, I  can’t make this crap up!

With my winnings from my wager on the Raiders I decided to go to the Super Bowl, because of the Raiders playing and to make my first trip to N’awlins. A friend of mine at Levi’s,  John, had two endzone seats to Super Bowl XV from his uncle, who was a longtime Raiders season ticket holder. He offered one ticket to me for face-value and we headed to New Orleans on Friday before the game.

The day before the game John and I went to the Raiders hotel to get some players autographs. Late in the afternoon the Raiders players started coming into the hotel after their final practice. A few minutes after getting our first autographs I saw Jim Otto. We approached him and I asked him if he’d received my Hall of Fame selection congratulatory telegram. Jim immediately recognized me as the guy who helped his father, but forgot my name. After some small talk about his election to the HOF and him telling me his parents weren’t there, he asked if we had tickets to the game.  We said Yes and he asked to see them.

Upon seeing our endzone tickets he smiled and said to follow him. Jim was the Raiders business manager, which I was unaware of. He led us to an upstairs conference room that the Raiders were using as their Super Bowl headquarters. Entering the room John and I were amazed to see Howard Cosell interviewing Al Davis in a corner! John elbowed me in the ribs to look.

Jim took us over to a table and told a young woman to give us better tickets to the game. She asked Jim how good and he said with the families. The tickets she handed us in exchange for our nosebleed endzone seats were premium higher priced mezzanine seats!

Of course, we had no idea where the tickets were located other than they were higher priced. After thanking Jim enthusiastically, I made a horrible snap decision that haunts me to this day. He asked me if I wanted tickets to the Raiders victory party at the Fairmont Hotel after the game — and I said no because I had a flight home after the game! I’m sure the reader can imagine the look of horror on my buddy John’s face when hearing me turn down Jim’s incredible offer.

When we got to the Superdome for the game we were shocked that we were sitting on the Raiders side of the field in the second deck at about the 40 yard line!! During the game we met Ted Hendricks’ and Rod Martin’s families who were sitting on either side of us. Rod Martin intercepted three passes and should’ve been named Super Bowl XV MVP.

After getting called every dirty name by John for turning down the offer of tickets to the Raiders victory party we went to the Fairmont after the game. But, we didn’t see Jim Otto and my desperate attempts to convince the police officers to get Jim to let us in, fell on deaf ears. I flew home that night – DAMN!!

Back to the Raiders’ hotel the day before the game when Jim Otto upgraded our tickets. Jim took us around the room introducing us to Fred Biletnikoff and Daryle Lamonica.  Cosell was done interviewing Al Davis so Jim introduced us to Mr Davis. Both of us were in seventh heaven meeting all these Raiders greats, but it was about to get even better!

As Jim was listening to Al Davis talking to us, John Madden walked up behind him and gave him a big ole bear hug! After warmly greeting Otto and Davis, Jim introduced us to Madden. John firmly shook our hands and with a smile indicating he knew the answer from our Raiders garb, asked us who we thought would win the game.Of course we answered the Raiders! I added that I thought our offensive line would keep the pressure off of Plunkett enough so he could connect on some big passes to Cliff Branch, Bob Chandler and Raymond Chester.

This triggered a fascinating conversation with three Pro Football Hall of Fame members that I certainly will never forget! Jim Otto told us he had talked to his former offensive line teammates Art Shell and Gene Upshaw, both also in the Hall of Fame, and they told him there was no way they would be denied their second Super Bowl rings! That impressed Madden, their former head coach. That conversation meant my buddy and I weren’t surprised at all that the following day the Raiders crushed the Philadelphia Eagles 27-10!

Coach get laughed when I  mentioned a Monday Night Football game against the Buffalo Bills I was at in 1977. My brother’s and my seats, that I got from a work friend, were close to the Raiders sideline and we could hear clearly the profanities Coach spewed all night at the referees. By the way, Madden’s Raiders beat the Bills 34-13 that night.

Later in 1988, my new wife and I bought a home in Pleasanton. We began to see Coach Madden and his family occasionally around town. Coach always treated me great and remembered my name from our first meeting at Super Bowl XV.  In 1996 we bought a larger house in Pleasanton on Foothill Road, a half mile from the Madden house. A few times we saw the Madden bus taking John home. 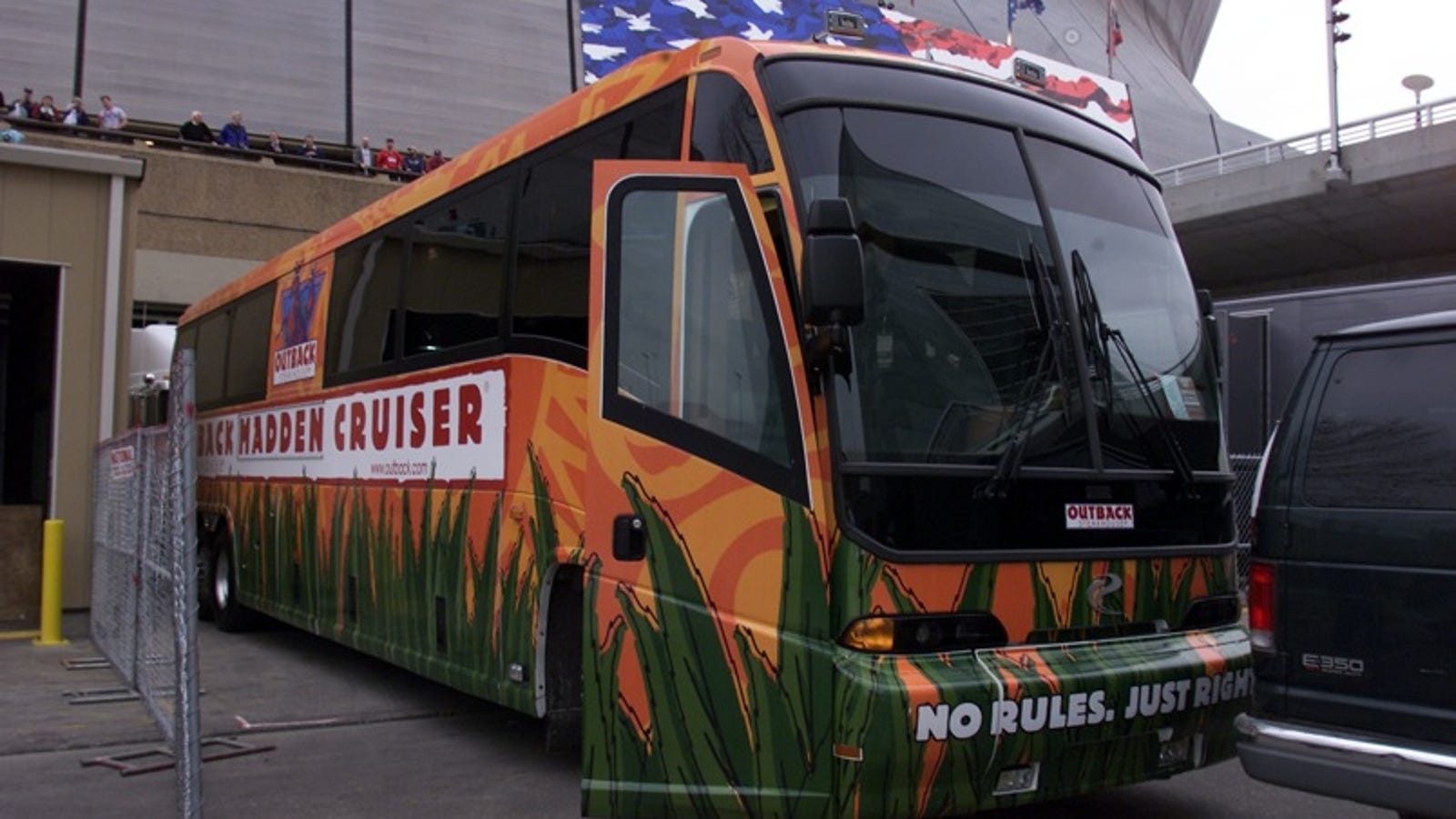 The world, not just America and football, lost an irreplaceable icon with the passing of John Madden. Coach was truly a man of the people that never let his great fame go to his head. As his fame grew he remained the same old people person that he had always been. I’m careful with the use of “never” in my writing, but in this case — there will never be another John Madden! 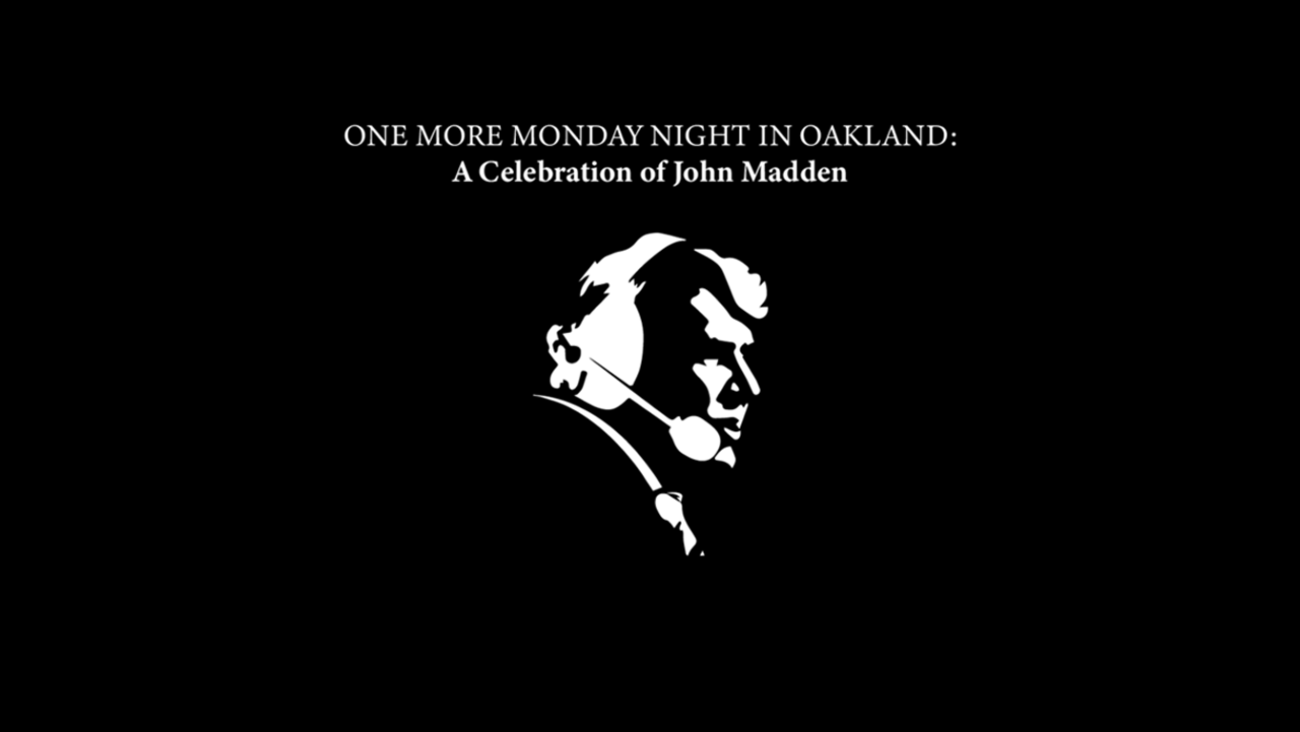 3 thoughts on “Rest In Peace Coach!”