I don’t normally write about Dodgers historic moments. But on this date, May 7,1960, Norm Sherry and his younger brother Larry Sherry combined to do something remarkable that deserves noting in baseball history. Norm Sherry later was the Giants pitching coach under Roger “Humm Baby” Craig. 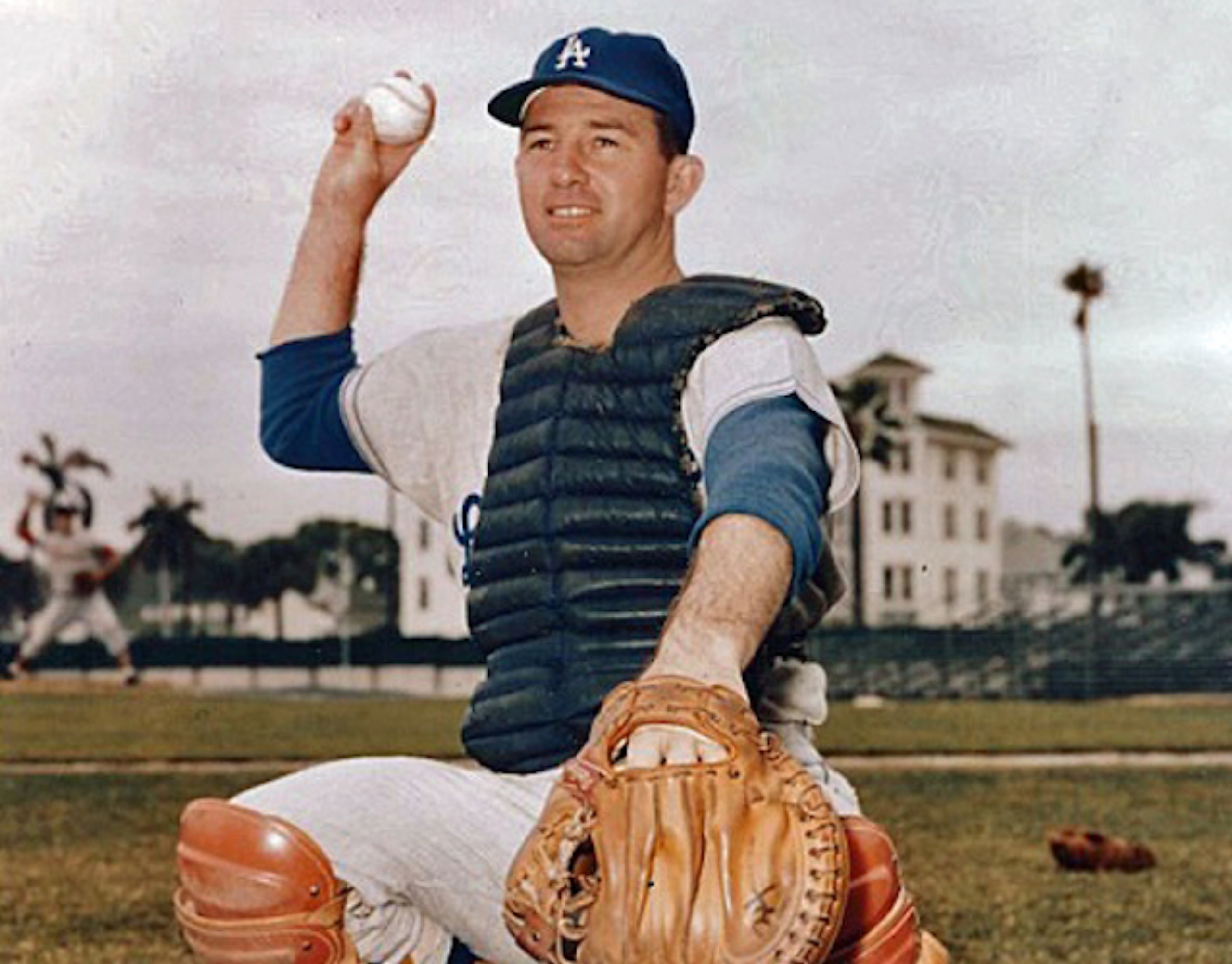 That Saturday night in 1960 the Dodgers were hosting the Phillies in the cavernous Los Angeles Memorial Coliseum, probably the weirdest configured baseball diamond ever shoehorned into an old football stadium in baseball history. The strangest dimension was in left field where the screen was a mere 250 feet from home plate! To make the short fence in left field more fair there was a 42 foot high screen erected. Dodgers player Wally Moon, a left-handed batter, was famous for lofting pop flies to the opposite field over the 42 screen. Moon’s high shots over the left field screen were quite approximately called “Moon Shots.” My Giants were victims of Wally’s “Moon Shots” more often than I care to recall.

Back to the “Sherry Brother’s” game. Don Demeter of the Dodgers in the bottom of the fifth broke the scoreless tie with a lead-off home run over the 397 feet sign in center field. In the top of the sixth future Giants manager, Al Dark, promptly hit a lead-off homer to center field to tie it up 1-1.

In the bottom of the sixth inning left-hander Chris Short relieved Hall of Famer Robin Roberts. Walter Alston, the Dodgers manager, sent up rookie Tommy Davis to pinch-hit for Brooklyn legend and Hall of Famer Duke Snider to set up the classic lefty pitcher versus righty batter matchup. Alston did that often in his Hall of Fame managing career.

In the bottom of the seventh inning Alston pinch-hit right-handed batter Norm Sherry for lefty swinging John Roseboro to face Chris Short. In the top of the eighth inning Larry Sherry came into pitch to his older brother Norm Sherry! It was only the fifteenth time in baseball history that a brother pitched to a brother, it was the tenth time since 1900. Both Sherry brothers were Jewish and it was certainly the only time Jewish brothers served as the battery in major league history. But, that’s not the end of the story of this game, please read on.

Larry Sherry plunked the Phillies lead-off batter, Al Dark, most likely as payback for Dark’s homer in the sixth inning. That’s the way baseball was played “back in the day.” It’s the game I learned and played. Sure enough the hit by pitch of Al Dark would cost Larry Sherry as Dark scored to put the Phils ahead 2-1 going to the bottom of the eighth inning.

With two out and the bases empty Chris Short walked the dangerous Wally Moon. Tommy Davis, who had pinch-hit for Duke Snider earlier to get the matchup Alston wanted, singled to left on the first pitch with Moon moving to second. Once again Alston pinch-hit for left handed hitter, Norm Larker, with right handed hitter Carl Furillo, another Brooklyn legend. Furillo singled to center and Moon scored to tie it up 2-2. After Furillo tied it, Phillies rookie manager Gene Mauch finally replaced Chris Short with 32 year-old veteran right-hander Ruben Gomez to face Bob Aspromonte, a right handed batter. In today’s baseball a young flame-throwing righty would’ve pitched to both Tommy Davis and Carl Furillo. It demonstrates how radically our national pastime has changed since 1960. By the way, I can’t let this opportunity to point out it was Ruben Gomez who had shut out the Dodgers 8-0 for the Giants in the first game played west of the Mississippi River at Seals Stadium on April 15, 1958!

Larry Sherry and Ruben Gomez matched zeros until the bottom of the eleventh inning. After Aspromonte and Demeter had popped out, Norm Sherry stepped to the plate. Sherry battled Gomez fouling off a few breaking balls and with the count 3-1 lined a high drive far over the ridiculous 42 feet high screen for a walk-off home run! Not only did Norm’s homer give his younger brother, Larry, the win … it was his first major league home run! Now that’s historic!

Norm Sherry was a backup catcher his whole five year career in the majors, never getting into more than 63 games for the Mets in 1963. His best years were in 1960 and 1961 with the Dodgers. Though never noted for his power, I was surprised to see Sherry hit 18 career home runs in 497 at bats, a nice power year for a regular catcher.

Norm Sherry was a fine pitching coach for the Giants from 1986 through 1991. However, the cruelest thing he did to my 1960’s Giants was to recommend to, up-to-then wild as a March hare, Sandy Koufax to not max out on each pitch during a 1961 exhibition game. Koufax went on to torment major league baseball  and my Giants from 1962 through 1966, when mercilessly he retired because of an arthritic left elbow. In those five seasons Koufax would win three Cy Young awards, a NL MVP award, two World Series MVP’s, two World Championships and damned near single-single-handedly edged out my Giants for the 1965 and 1966 NL pennants. Koufax was the best pitcher I ever saw, without question!