Sad Sam Jones was sadder and madder than usual 60 years ago tonight. Jones was crestfallen after he lost what would have been his second career no-hitter due to a horrible hometown call by the official scorer in LA. It took place in one of the most exciting and controversial games in National League history between the Senior Circuit’s longest-running rivalry.

Jones had mowed down the Dodgers with the no-no intact until Jim Junior Gilliam came to the plate in the bottom of the 8th with two down. Gilliam, who had walked twice already, worked the count full chopped the next pitch just over a leaping Jones’ glove. Shortstop Andre Rodgers raced in to try to short hop the chopper. The ball kicked off his glove as Gilliam raced across first.

Immediately the HIT light on the Coliseum scoreboard flashed on. Most of the Dodgers partisan 59,312 fans in attendance jeered the HIT call that came immediately after the play. The Giants unanimously criticized the official scorer from the Los Angeles Mirror-News, Charlie Park’s, decision. Here’s how a tearful Jones expressed it, “Imagine anybody calling that a hit?” the deadpan Giants’ right-hander snapped. He added, “I just don’t think it was a hit. They just don’t want no-hitters thrown here. They flashed it just like that. They didn’t even hesitate.”

Jones continued to vehemently protest the call when the scorer tried to explain his reasoning to him. Jones pointedly shoved away Park’s attempted handshake.  “I called it a hit.”‘ the scorer said, “because I thought Gilliam would have beaten the throw even if Rogers had fielded the ball cleanly.”

Giants manager Bill Rigney was adamant that it should’ve been ruled an error. In the presence of Park he told the press, “I thought he called it too soon, that if he had thought about it, he couldn’t have called it that way. I’m not sure Rodgers could have thrown out Gilliam, but the way Andre throws we had a good chance.”

The Giants won it in the third inning when after Jimmy Davenport ripped a double, the incomparable Willie Mays hit a tremendous home run to left off Don Drysdale. The two runs stood up because of Jones’s stellar pitching performance.

Mays’ bid for a second home run was the source of further heated controversy.  Willie hit a ball off the top of the left field foul pole … a homer – right? Third base umpire Dusty Boggess initially ruled it foul. Then when the Giants raced towards him he reversed the call and allowed Mays to circle the bases. Naturally, this brought the wrath of the Dodgers down on Boggess. The four umpires huddled and ruled it was a ground rule double. The umpire crew explained that the ground rules at the Los Angeles Coliseum was that if a ball hit off the foul pole and bounced back onto the field it was a ground rule double. This decision caused Giants manager Bill Rigney to play the game under protest. Of course, the protest didn’t matter because of the Giants victory. However, it cost Willie Mays a home run. He should’ve finished 1959 with 35 home runs and his career total should be 661!

Sam Toothpick (his other nickname long before Dusty Baker!) Jones threw his first no-hitter on May 12, 1955 against the Pirates when he was with the Cubs. Three things made that feat especially notable. It was the first no-hitter by an African-American in the major leagues, it was the first no-hitter in Wrigley Field since 1917 and Jones walked the bases loaded in the ninth inning before striking out Dick Groat, Roberto Clemente and Frank Thomas on 11 pitches to preserve his gem!  Cubs announcer Harry Creighton joked in the pre-game interview with Jones that he’d give him a gold toothpick if he pitched a no-hitter. Creighton kept his word.

In his final appearance of his great 1959 season Jones once again flirted with his second no-hitter. This time it was Mother Nature that denied him rather than a clueless official scorer. Let set the stage a bit.

The Giants after holding the National League lead for most of the final three months of the season had lost five in a row, including two heartbreaking walk-off losses to the Cubs in the previous two games. The Giants began a season ending three game series in St. Louis trailing the Milwaukee Braves and the Los Angeles Dodgers by two games.

The first game of the series in St. Louis on Friday night was postponed by rain. Coupled with a Dodgers win and Braves loss the Giants now trailed the Dodgers by 2 ½ games and the Braves by 1 ½ games. There was a twi-night doubleheader scheduled the next day to make up the rain out.

The  Giants sent their ace and 20 game winner, Sad Sam Jones, to the hill to keep their flickering postseason hopes alive in the first game of the twinbill. It was do or die that evening in St. Louis, a loss and the Giants would be eliminated.

Homers by Mays and rookie sensation McCovey in addition to an RBI double by Cepeda gave the Giants a 4 run lead. The question was could Jones, who had pitched in 49 games including 34 starts, hold down his end to keep the Giants hopes alive? Man, could he!!

Jones held the Cardinals hitless for 7 innings! He was again on the threshold of his second career no-hitter. In the top of the eighth with the Giants hitting and one out Mother Nature reared her head to deny Jones yet again. A hellacious thunderstorm complete with a nearby tornado let loose on the original Busch Stadium! The winds were so fierce that the flags in centerfield were shredded to tatters.  Play was stopped and after an hour and thirty seven minute rain delay it was called by the umpire crew chief Frank Dascoli. Since it was an official game the Giants were winners with all the statistics going in the books.

With the shortened game Jones was denied for the second time in the season to get his second career no-hitter. In fact, it was officially listed as a no-hitter until in 1991 MLB baseball changed the rules that a no-hitter had to be a minimum of nine innings.

The Giants still had extremely slim hopes of a three way tie with the Braves and Dodgers on the final day of the regular season.  However, they dropped both games of their season-ending doubleheader to finish three games back of the Dodgers and Braves.

When the 1959 season ended Jones was named the NL Pitcher of the Year by The Sporting News. If today’s analytics were used then, Sam should have won the Cy Young Award for 1959. Back then MLB only awarded one Cy Young award for MLB. The White Sox’s Early Wynn won the award despite Jones’ better ERA, more strikeouts and double Wynn’s WAR. The only category that Wynn edged out Jones was in wins, 22 vs 21.

Jones pitched the first game at Candlestick Park on April 12, 1960.  He threw a masterful complete game 3-hitter only yielding a solo home run to former Giants teammate Leon Wagner, who the Giants had traded in the previous off-season.  Four days later Jones threw a one-hitter against the Cubs. The lone hit was a solo home run by Walt Moryn with two down in the eighth inning.

Sad Sam had his second great season for the Giants in their inaugural season at Candlestick Park, winning 18 and throwing 234 innings. It was to be Jones last season as a big winner. In 1961 new Giants manager, Alvin Dark, moved Sam to the bullpen primarily with spot starting duty. He finished the 1961 season 8-8, 4.49 ERA in 128 innings. After the season the Giants left Jones exposed in the expansion draft. He was drafted by the Houston Colt .45’s who traded him to Detroit before the season.

Sam Jones ended his MLB career after the 1964 season. He died from neck cancer in 1971 at the young age of 46. Yes, Sam Jones is definitely a … FOREVER GIANT!!

I’ll leave you with a few quotes about Jones’ nasty curveball. 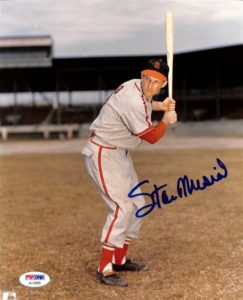 “Sam had the best curveball I ever saw. . .He was quick and fast and that curve was terrific, so big it was like a change of pace. I’ve seen guys fall down on sweeping curves that became strikes. Righthanders thought Sam had the most wicked curve, and as a left-handed hitter, I thought that it was positively the best.” 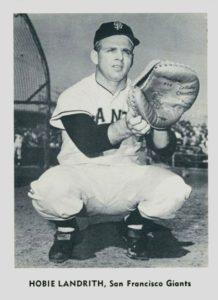 “You’ve never seen a curveball until you’ve seen Sam Jones’ curveball. If you were a right-handed hitter, that ball started out a good four feet behind you. It took a little courage to stay in there because he was wild and he could throw a fastball very hard.”