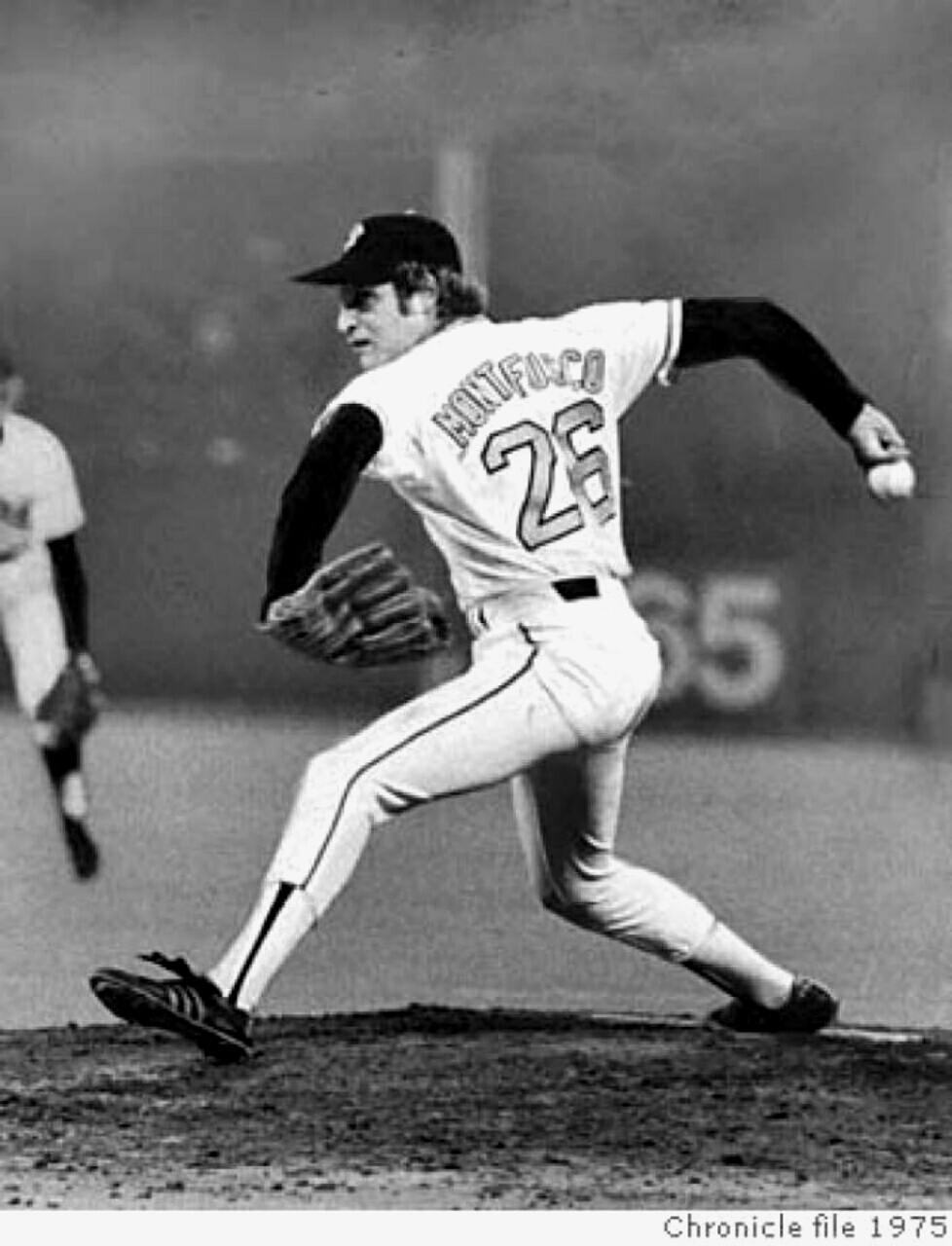 On Tuesday, September 3rd 1974, 46 years ago today, John Montefusco was pitching in Tucson for the Phoenix Giants. The Giants were leading in the 8th inning with the bases loaded when Montefusco was surprised to see his manager, Rocky Bridges, heading for the mound. Bridges grabbed the ball out of the 24 year-old right-hander’s glove and rubbed it up. Placing the ball back in his confused pitcher’s glove he told him, “Kid, will you stop messing around. The Giants just called, you are going to the big leagues. So stop worrying and finish this inning.”

A few hours later I headed home from my new job as a computer programmer at United Grocers in Oakland while John Montefusco made his way towards Dodgers Stadium.  On the drive home I was looking forward to watching my Giants take on the Dodgers at Dodgers Stadium that evening. 1974 was not kind to my Giants. Then finished in fifth place in the NL West, 30 games behind the Dodgers. Manager Charlie Fox, Giants skipper the last five years, had been fired in late June. Mays, McCovey and Marichal were no longer wearing orange and black, Mays had retired after the 1973 season.

These were the new generation of Giants. The elder statesman on the new Giants was 30 year old second baseman, Tito Fuentes.  The lone bright spot was the speedest outfield in Giants history, Gary Mathews in left field, Garry Maddox in center field and 5-tool gifted Bobby Bonds in right field.

The game that night featured a pitching matchup of young lefties, Doug Rau for Da Bums and Ron Bryant for the Giants. Star-crossed Ron Bryant was having a miserable season and was in his final year with the Giants. Bryant had had a stellar 1973, winning a league leading 24 games and finishing third in the Cy Young voting. He had suffered a severe career affecting swimming pool accident during spring training in March 1974.

The Giants staked Bryant to a two run lead before he took the mound for the bottom of the first. The southpaw didn’t retire a batter. After walking in a run before Giants manager, Wes Westrum, called in the just promoted rookie righty John Montefusco with the bases loaded and the Dodgers leading 3-2.  Montefusco had arrived from Tucson at Dodgers Stadium only an hour before game time. He was excited to make his major league debut. His new manager, Wes Westrum, had told him he would be the number one reliever. After the game he described the experience, “I  couldn’t believe it.” said the native of East Keansburg. N.J.  I  had butterflies the whole game. This is the first time I’ve ever been around big leaguers.”

John yielded a run on a grounder to third base. He then struck out the next two batters to get out of the inning. Montefusco walked in his first plate appearance in the top of the second. After Rau issued another base on balls to load the bags with two down, 1973 NL Rookie of the Year Gary Mathews blasted his first career grand slam. It was an impressive shot to dead center through the heavy Los Angeles night air and put the Giants back on top 6-4.

In the top of the third Montefusco hit the first pitch from Dodgers relief pitcher, Charlie Hough, over the left field wall in his first official at bat! It was a two run homer and put the Giants up 8-2. Montefusco was the 42nd major league player to hit a home run in his first official at bat. Here’s what he had to say about it in the clubhouse, “I didn’t bat all year at Amarillo or Phoenix,” said Montefusco, “because both the Texas and Pacific Coast League had designated-hitter rules. I batted 40 or 50 times for Decatur of the Midwest league last year, my first in organized ball, and got about five hits — no home runs. I knew the Dodgers pitcher (Charlie Hough) was a knuckleballer, but I was sure he’d throw me, a pitcher, a fastball He did, it was up a little and I got hold of it”

“The Count”, as Montefusco would soon be known as, gave up a lone run in the sixth when Steve Garvey, that year’s NL MVP, singled to drive in Davey Lopes. Montefusco finished off his “complete game” relief appearance for his first major league win with this line: 9 IP, 1 ER, 6 H, 7 SO, 5 BB.

“We’ve got a new pitcher'” shouted Giants catcher Dave Rader, “This guy will be another Jim Barr!” Giants skipper Wes Westrum had this to say about “The Count’s” debut, “Montetusco showed a lot of guts. He battled ’em. Even though he got hit on the right shin, fell down at first base, all kinds of things. He told me he wanted to pitch against the Dodgers.”

Montefusco was a Yankees fan growing up in New Jersey. “This was the biggest crowd I’ve ever even seen, although I watched some Yankee games live when I was a kid,” said “The Count “, I’ve been against the Dodgers ever since they beat the Yankees in the World Series back then.(1963).”

When asked if he was nervous, he replied, “I couldn’t believe it when I was brought into the game in the first inning.  You bet I had butterflies. I just threw the ball. I didn’t know one Dodger from another.”

“The Count” followed that up with an All Star selection in 1976 with a 16 win campaign with a 2.84 ERA and a league leading six shutouts. Montefusco would pitch for the Giants for 7 seasons, winning 59 games. But, “The Count” was a fan favorite, including me, for his brash ways and cocky self confidence!

Montefusco’s Giants career ended when he was traded to the Atlanta Braves for Doyle Alexander in December of 1980. He finished his 13 year career in 1986 with 90 wins, 1081 strikeouts and a respectable 3.54 ERA