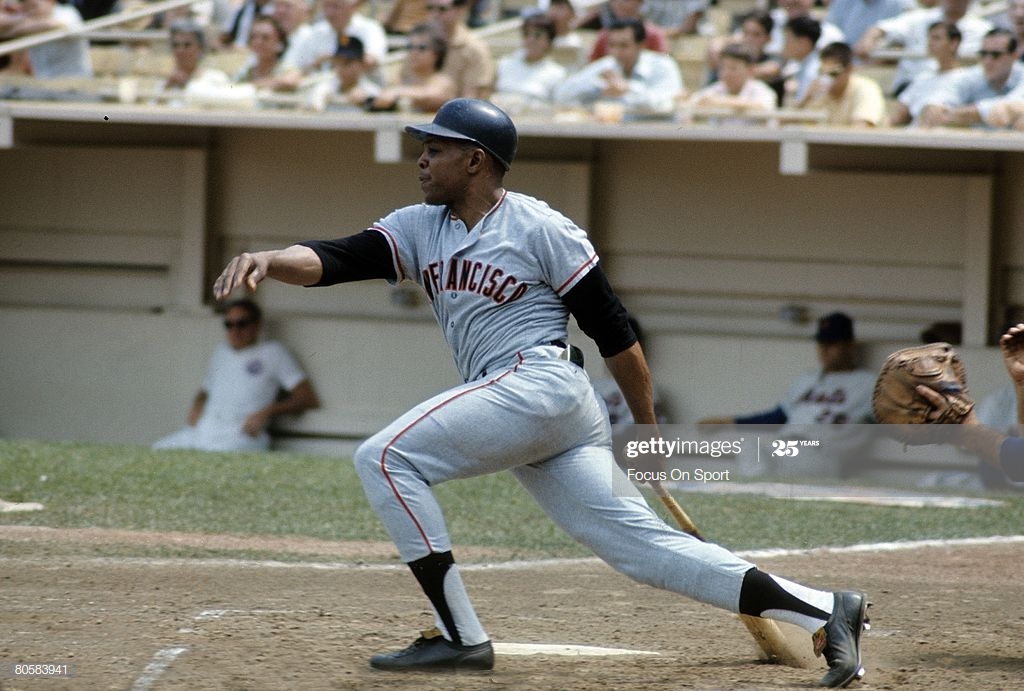 To nobody that watches baseball surprise the incomparable Willie Mays set the National League record for most home runs in a month 55 years ago today! On August 29, 1965 Mays hit his 17th home run of August. In an ironic twist of fate he hit his record-breaking home run, Mays’ MLB leading 41st of the season, in front of the previous record holder, Ralph Kiner. Kiner was broadcasting the game for the New York Mets at Shea Stadium where Mays set the record.

The homer was the Say Hey Kid’s 494th of his illustrious career and also moved Willie past Lou Gehrig for fifth place on the all-time home run list. Mays’ torrid home run spree came amid a bitterly hard fought NL pennant race. At the end of play on Sunday August 29, 1965 SIX teams had a realistic shot at the NL pennant! Here’s the NL standings: 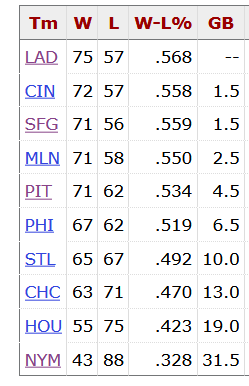 Mays’ record-setting home run was at the expense of his former Giants teammate Jack Fisher. The blast was a tape-measure shot over the left-centerfield fence estimated to be 450 feet!  The largest single-game Sunday crowd at Shea Stadium, up to that point, of 46,033 gave Willie a long standing ovation.

It was the second time in the series that Ralph Kiner watched Mays surpass his home run records. In the first game of the series Mays clobbered his 40th homer of the season. It was Willie’s sixth time hitting 40 or more home runs in a season, the National League record.  Prior to his 40th round tripper Mays was tied with Kiner, Ernie Banks and Duke Snider with five seasons of over 40 homers. “In three games I’ve seen two of my records broken by Willie. Sure, it hurts a little. A guy likes to have his name in the big book. But, Willie’s amazing!”, Kiner said candidly afterwards.

“I don’t go up there looking for home runs. In fact, I’m surprised sometimes when they go out.”, said Mays. “If I try to hit’em out, I tense up.  I’m still prouder of the home run I hit off Warren Spahn in the Polo Grounds in 1951. It was my first in the majors.”  When asked how many more home runs he might hit Willie added, “The thing I want the most, I guess, is to hit 535 of them and pass Jimmie Foxx.”

The 8-3 win moved the Giants into second place by a single percentage point over the Reds, a game and a half behind the Dodgers.  Six days after Willie’s home run the Giants would begin a 14 game winning streak, still San Francisco franchise record! The winning streak put the Giants 4 ½ games ahead of the Dodgers as late as September 16th. However, the Dodgers would win 14 out of 15 of their remaining games to claim the NL pennant by two games over the Giants!

Fifteen days after passing Lou Gehrig, Mays clubbed his 500th home run on September 13th in Houston. Considering his age, 1965 is arguably the finest season of Willie Mays’ illustrious Hall of Fame career. Mays finished the season with 52 HR’s, 112 RBI’s, 118 Runs, .317 BA and a league leading 1.043 OPS. Willie capped his sensational season by winning his second MVP award at age 34. The 11 years between his MVP’s still stands as the longest interval between MVP’s. It’s criminal that Willie only won two MVP’s. Given today’s emphasis on OPS Mays should’ve won the NL MVP in 1955, 1962 and 1964. If you don’t believe me, look it up! 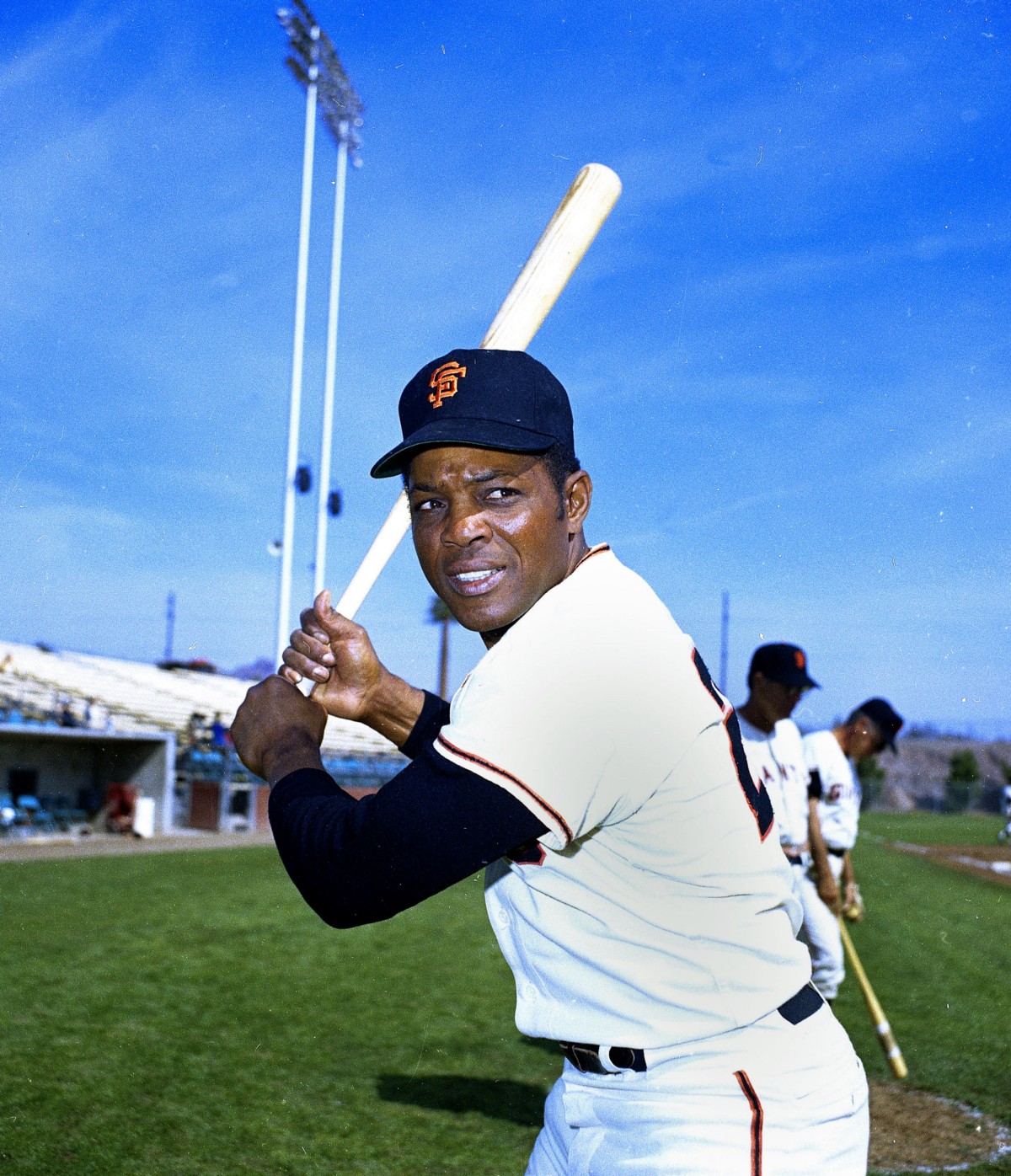