This surprised me, because Oracle Park, (I prefer the original moniker, Pac Bell Park), is made for triples with the right center field corner aptly called Triples Alley and the varied angles on the wall there.  Belt has played in this ballpark for ten and a half seasons.  Belt being a dead pull power hitter should’ve found Triples Alley often, in my opinion. So, I did a little research into triples in Oracle Park with Baseball Reference’s Stathead.

Here’s the results of my research with my limited Stathead skills – it was surprising! No player on the Giants or their opponents has ever had three straight games with a triple in Oracle Park’s history! Giants players have gotten two straight  games with triples 19 times. Giants opponents have done it 13 times, including former Giants Ryan Klesko with the Padres and Melky Cabrera with the Yankees.

Yasiel Puig of the Dodgers, despised by Giants fans and MadBum, had the only three-triple game on July 25, 2014 at the then named AT&T Park.

If Brandon Belt belts a triple today, June 17, 2021, he will have the first three game streak with a triple in Oracle Park’s 22 year history!

See what you started by dropping my name Kruk! 😁

Here’s my tables from Stathead. 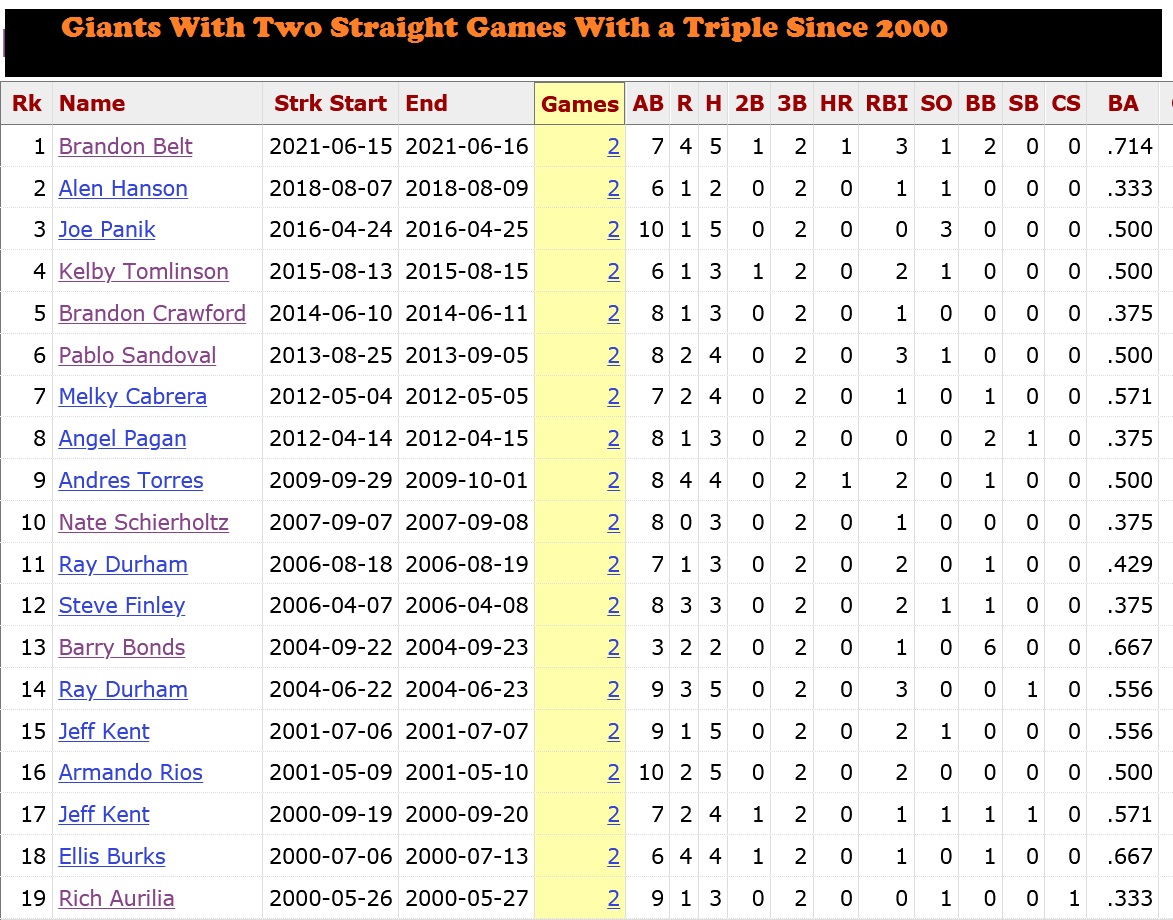 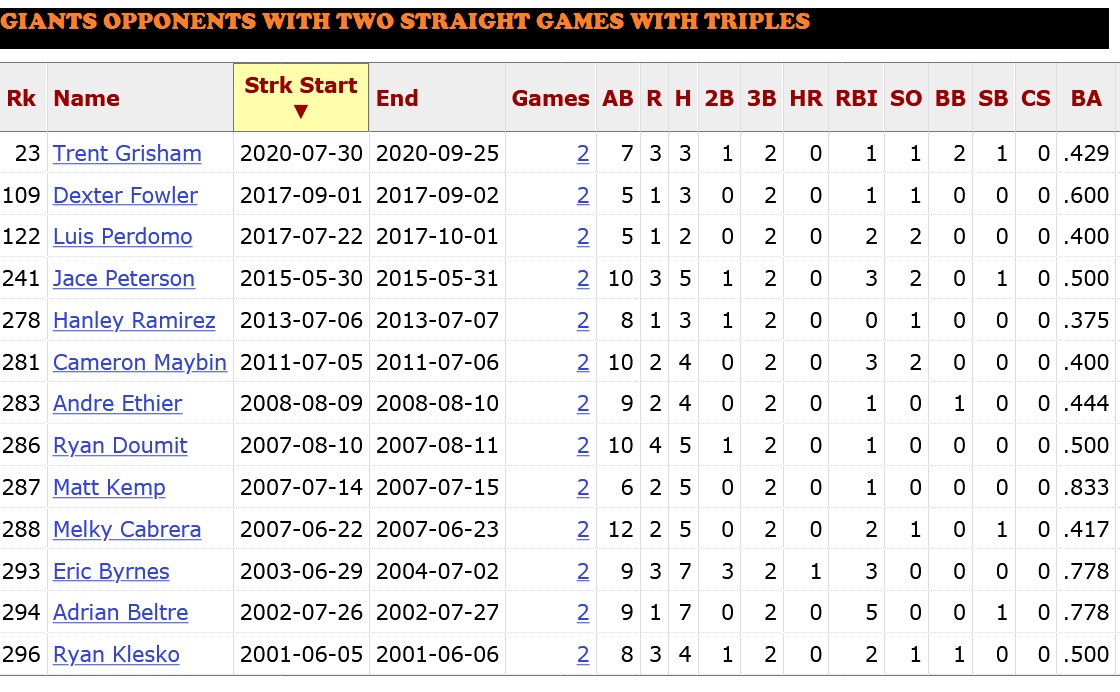