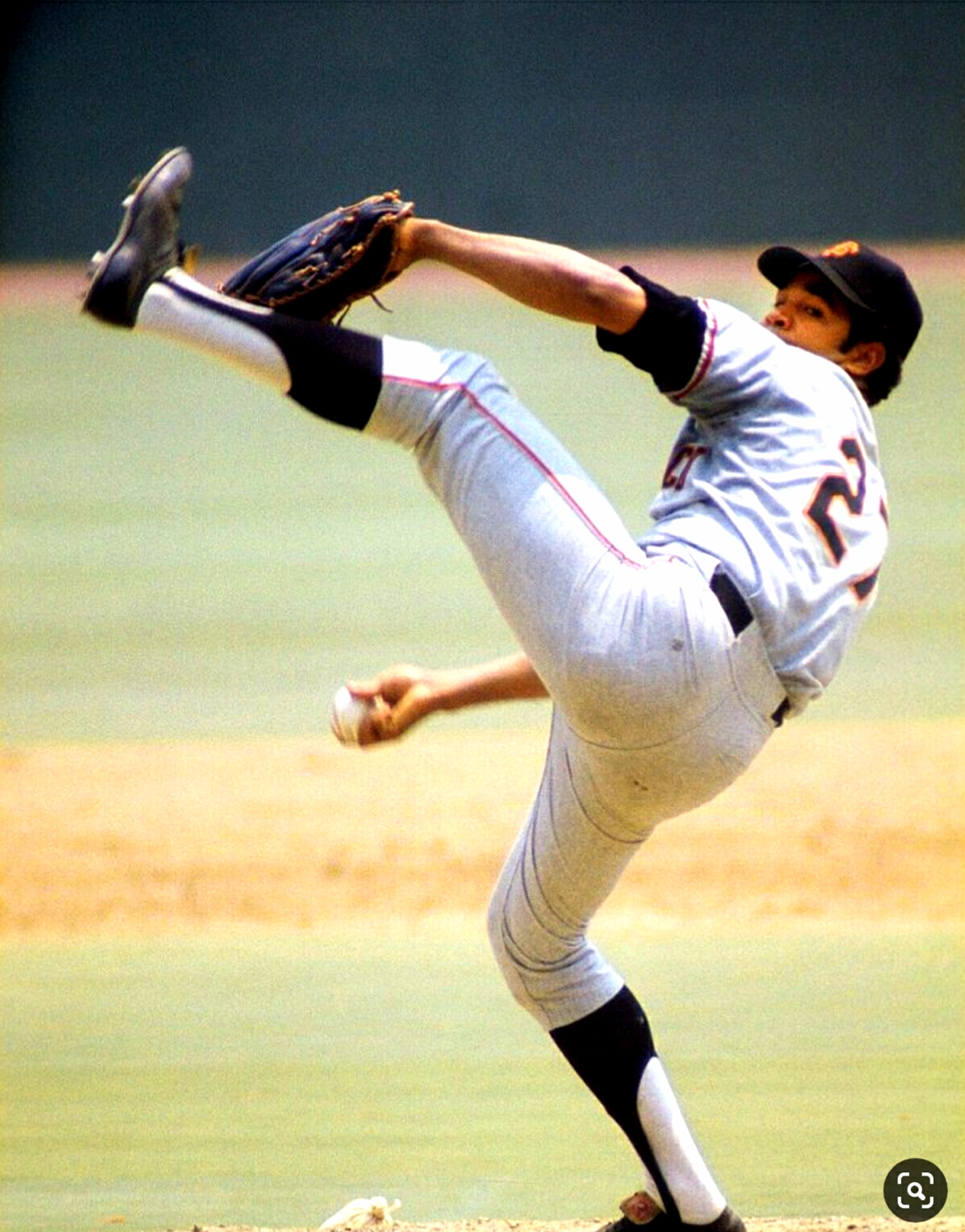 Yesterday because of other obligations I missed posting about the 50th anniversary of my idol’s, Willie Mays, 3,000th hit on July 18, 1970!

Today I’m NOT going to miss posting about Juan Marichal’s spectacular debut on this date in 1960, 60 years ago! Juan broke into The Show with an incredible 1-hitter at Candlestick Park against the Philadelphia Phillies! 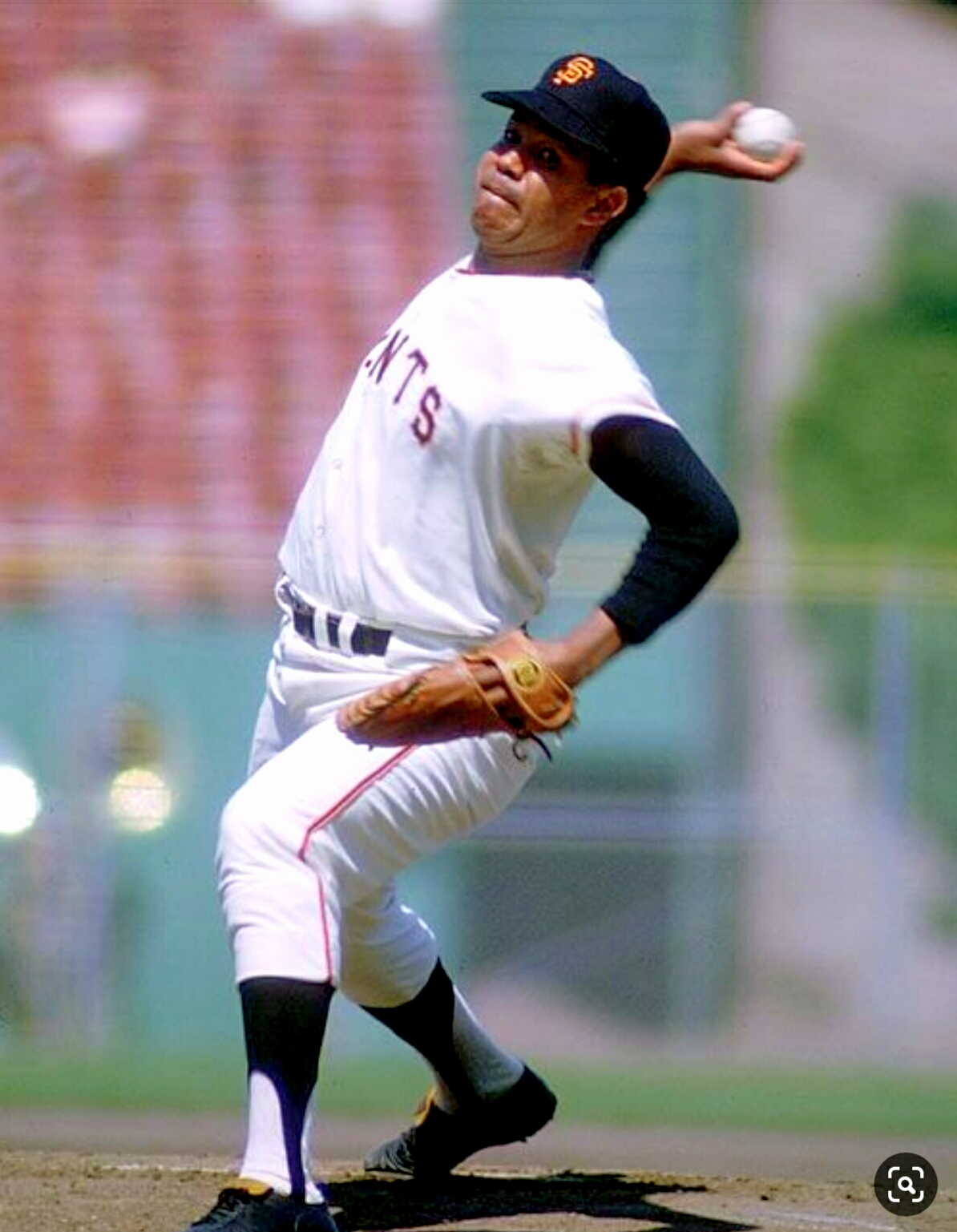 Giants catcher Hobie Landrith put down two fingers for Juan to throw a curveball on the first pitch.  Dalrymple lined the breaking pitch into center field for a clean single.  Here’s how Dalrymple described the pitch afterwards in an almost apologetic tone, “It was a low curve breaking into me and it might have been a ball if I’d let it go. But, the way the umpire (Tom Gorman) had called Bobby Del Greco out on strikes just before me, I figured I’d better be swinging. Late in the game, with a no-hitter going, the umpires sometimes sort of give the pitcher the edge. Not intentionally, you understand. But, maybe they lean towards them.”

“The Dominican Dandy”, Juan’s nickname, had a perfect game until with one down in the 7th when Phillies second baseman Tony Taylor, who baseball lost just this week, reached on Giants shortstop Eddie Bressoud’s error.  The high kicking rookie righthander had already fanned 10 Phils when Taylor reached. To be fair to Eddie, it was a tough chance on a slow bouncer over the mound. Bressoud raced in from his shortstop position by second base and bobbled it. It was eerily similar to a ball that cost Giants pitcher Sam Jones his second no-hitter a year before in Los Angeles. In that case the official scorer ruled it the only hit the Dodgers would get, a controversial decision that made Jones and his teammates highly indignant.

Marichal finished his masterpiece debut only walking one, striking out 12 and facing 30 batters. It was, simply, one of the best pitching debuts in baseball history, amazing!

Both managers were effusive in their praise over the poise and pinpoint control of the youngster. Giants new manager, Tom Sheehan who had replaced Bill Rigney a month before, had this to say about Marichal, “He’s smart, he gives them the curve and slider and then he comes in with the hummer.”

“He changed speeds tonight better than any pitcher I’ve seen in the league this year.”, Mauch said.

At that point Juan spoke very little English. With his teammate, Orlando Cepeda, acting as his translator Marichal made it clear he knew he was working on a no-hitter. However, he quickly added, “I no think about it!”

He admitted that he thought Johnny Callison’s long drive in the 7th with Taylor on board was gone, “When I see him hit it I think she is out.”  Giants right fielder Willie Kirkland caught the long drive with his back pinned to the right field cyclone fence.

Catcher Hobie Landrith claimed that rather than being overpowering fast Marichal was ‘sneaky’ fast. “He gives you the big motion and a lot of changeups and then he comes in with the fast one and it’s on top of the hitter before he knows it.”

After Dalrymple’s hit Landrith went to the mound to calm down his young pitcher in a still tight 2-0 game and Juan simply said, “You no worry.”

Juan Marichal is my second favorite Giants player of all-time, after Willie Mays.  Since I was 6 years old I’d loved the Giants and baseball after my grandfather and dad took me to my first game at Seals Stadium in 1958. 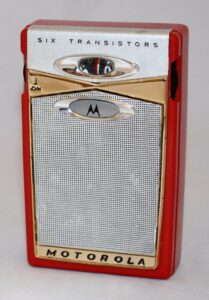 Normally I never failed to listen to the Giants games on my trusty Motorola transistor radio. But, the night of Marichal’s near no-hitter debut I tuned in during the post game show. My brother and I had to watch our favorite TV show, “Sea Hunt” starring Lloyd Bridges, followed by “The Rifleman” with Chuck Conners.

I remember running into the living room to excitedly tell my dad that a Giants rookie, that I’d never heard of, had pitched a one hitter! It’s probably a blessing that I was NOT listening because I’m sure my 8 year-old brain could not have handled the intense nervousness of it! 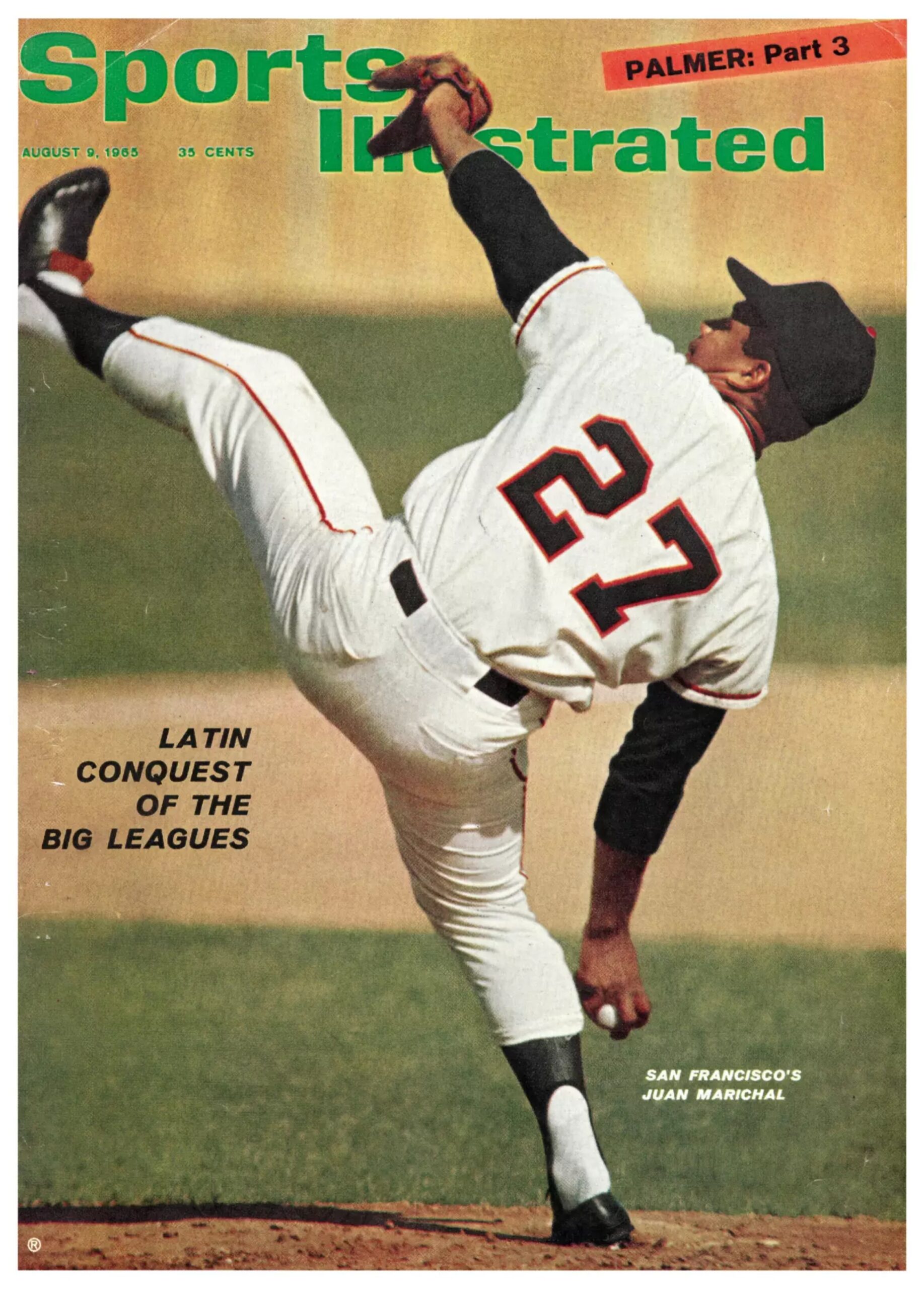