Orlando’s Last Game for the Giants 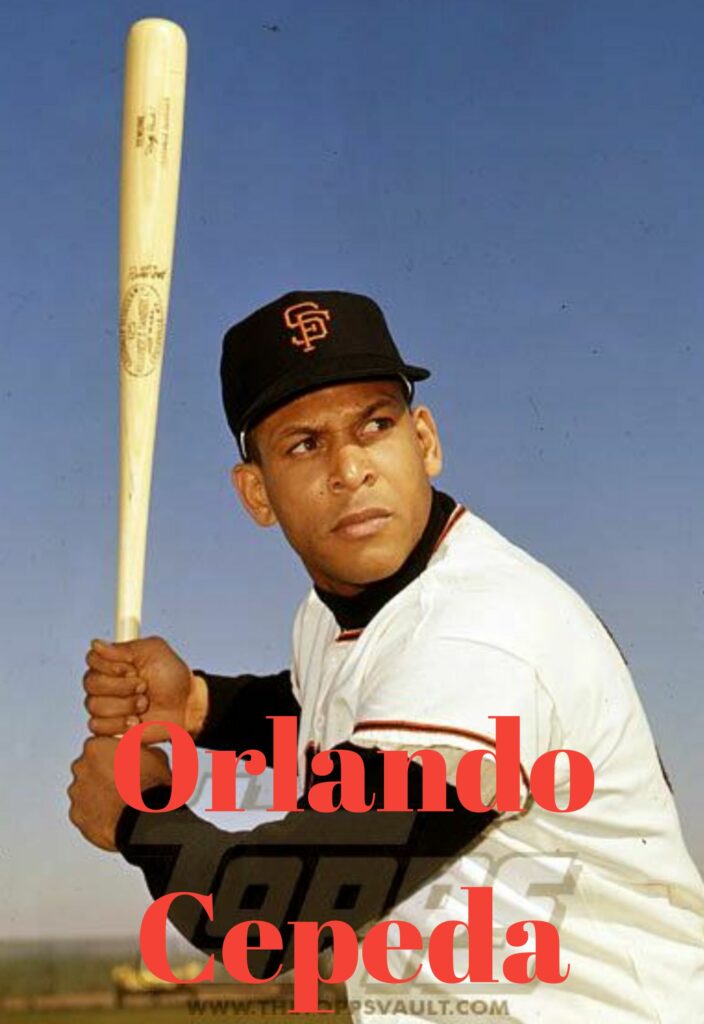 On this day, May 8, 1966, Orlando Cepeda played his final game as a San Francisco Giants player. The beloved Baby Bull was traded to the Cardinals for southpaw pitcher Ray Sadecki in a straight up one-for-one deal. The Giants were conveniently in St. Louis when the deal was announced, so Cepeda and Sadecki simply traded clubhouses to join their new teammates. 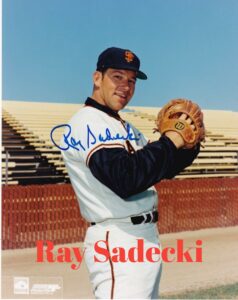 The first place Giants won that final game at Sportsman’s Park 10-5. Giants power was on display that Sunday with Jim Ray Hart, Willie McCovey and Willie Mays going deep. Mays’s blast landed on the roof in right field!  The win ran the Giants winning streak to 8 games in the midst of a 12 game winning streak.  Their last loss was to … Ray Sadecki!  It was Mother’s Day and Giants rookie second baseman Tito Fuentes went 5 for 5, all singles.

Here’s an interesting video of that final game at Sportsman’s Park.

The Giants brain trust was constantly seeking left handed pitching since southpaw Billy Pierce went 12-0 at Candlestick Park in 1962. Pierce’s mastery at Candlestick was one of the primary reasons the Giants won the pennant in 1962. Unfortunately, that constant quest for lefties, led five years later to the disastrous Gaylord Perry for Sam McDowell trade after the 1971 season.

Personally, I cried when I heard of the Cepeda trade on the KSFO radio post game show that Sunday.  The Baby Bull was an original San Francisco Giant.  San Francisco fell in love with Orlando when he won the NL Rookie of the Year in 1958, the Giants first in The City. Besides Willie Mays, he was my favorite Giants player. Orlando remains one of my all-time favorite Giants to this day!

Cepeda had been plagued by a knee problem during the entire 1965 season. He underwent surgery on his knee in December 1964 to remove cartilage and the knee failed to come around in 1965. The injured knee limited Cepeda to only 33 games and 34 at bats in 1965, primarily as a pinch hitter. His only home run was a dramatic walk-off homer that kept the Giants alive in the last series of the season.

Cepeda had been looking much better in 1966. The night before the trade he was replacing a slightly injured McCovey and unloaded a grand slam!

Rumors had been swirling all spring that the Baby Bull was going to be dealt for a lefty starter. Cepeda himself was expecting to be traded any day. On the bus to the ballpark the day of the trade, Giants infielder Dick Schofield told Cepeda, “Well, this is the day we wrap you up and leave you here. You’ll be in the parade with the Cardinals when they go to the new ballpark.” Orlando nodded, “I told my wife to be ready.” he replied, “And I told my friend to find me a house here.”

Nevertheless, when Giants manager Herman Franks broke the news to Cepeda he said, “Okay, that’s fine.”, then hurried away into the training room with tears in his eyes.

To be fair, the Giants did have a logjam at first base. Willie McCovey had firmly entrenched himself at first base by mashing 39 home runs in the 1965 season. This problem had persisted since McCovey’s debut in 1959, Cepeda’s sophomore season. Both sluggers had been tried at other positions to alleviate the logjam. If Cepeda was healthy, and the Giants could convince a trading partner with a lefty of that, he was the logical choice to be dealt.

But, and it’s a big but, the Giants should’ve received a much better starting left hander, There’s an excellent case that could be made that the Cepeda for Sadecki trade cost the Giants the pennant in 1966. An intriguing possibility was another young southpaw – Steve Carlton, then a 21 year-old prospect!

I didn’t understand the Giants interest in Sadecki. After winning 20 in 1964 he had gone 5-16 with a gaudy 5.21 ERA in 1965. He was off to a promising 1966. Probably the clincher was nine days before trade, he pitched a great complete game against the Giants, winning 5-1 while giving up only 5 hits  … at Candlestick Park.

Sadecki had a horrible season in 1966 once he joined the Giants. He was 3-7, his ERA was 5.40 over 105 innings and he served up 20 home runs in those innings! The Giants lost the 1966 NL pennant by a single game to their archival Dodgers!

Cepeda, on the other hand, helped the Cardinals immediately. Installed in the clean up spot he hit .303 with 17 home runs and 57 RBI.  The following year, 1967,  the Baby Bull led the Cardinals to a World Series championship! His great season was capped off by being voted the NL MVP unanimously!

Oh, it still hurts to contemplate what might’ve been had Orlando not been traded in 1966! Who knows, my Giants might’ve won that elusive first World Series championship in San Francisco 44 years before 2010!

2 thoughts on “Orlando’s Last Game for the Giants”